You Guys Have Enlightened Me, Says Genelia Deshmukh To Pratiti And Shweta 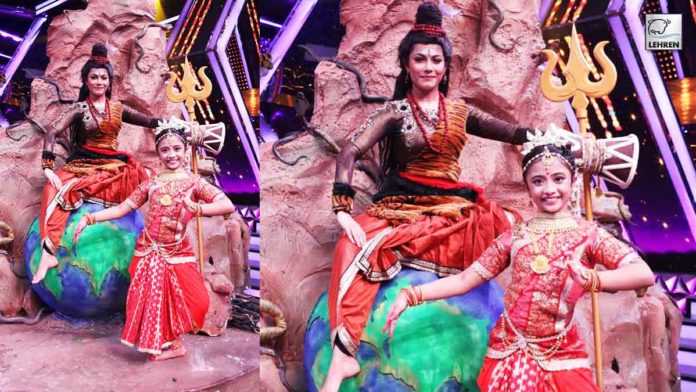 This weekend, celebrating the ‘Shaadi Special’ episode, Super Dancer – Chapter 4 will host Bollywood’s most loved couple Riteish Deshmukh and Genelia Deshmukh as the guest judges. As the competition gets stiffer, the contestants will be giving their best performance and win mighty praises from the judges. One such duo that has always stood out are Pratiti and Shweta!

Overwhelmed with the duo’s performance, guest judge Genelia Deshmukh said, “There is beauty in every dance form and I would love to learn this form of classical dance. I even wonder whether my kids will pick up these skills because I really want my boys to learn this form as well. This was one stunning example of a rich cultural Indian act. You guys have enlightened me and I am so happy to be a part of the show.”

Adding on to Genelia, Geeta also commended the duo’s performance by giving them a ‘Shat Shat naman’ and said that she could visualize Goddess Parvati Ji through Pratiti because of her graceful gestures and mannerisms. She gave them a sajda and said, “Nobody could have done this better than you, this is your forte. You were graceful and dignified. Thank you for your performance. I am proud to be a part of this show and see you dancing.”

Anurag Basu also didn’t hold himself back and said, “This was a top notch performance and you both are top notch performers. You have taken classical dancing to the next level and now schools and colleges are emulating you guys and shifting their focus from Bollywood dance.”