Devoleena Bhattacharjee To Be Crowned As Bigg Boss 15 Winner? Here’s What Viewers Say! 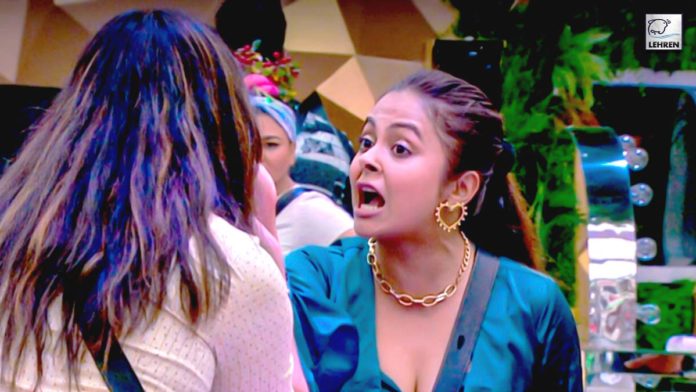 Devoleena had surely become a household name, for those who watch 'Bigg Boss'. Recent trends reveal the player is gaining high popularity among others!

20 contestants, 20 crazy weeks, eliminations and evictions, breathtaking tasks, and the unprecedented king of drama! Sure it did not start with a bang, “Bigg Boss” season 15 might not be one of the most successful seasons after all, but the show is finally picking up some pace, at least in terms of TRP and the players’ performances too. India’s biggest reality show hosted by India’s biggest superstar Salman khan, the pressure of performing well was clearly riding high with this show, even more so after the previous consecutive seasons that broke all records in terms of popularity and viewership.

Many criticized the makers of season 15 of showing open bias to some contestants, while others believed the show has lost the competitive spirit over unwanted love angles. But after facing much criticism, the season is finally making some buzz. While Umar Riaz and the infamous couple Karan and Tejasswi’s love angle remains viewers’ favorite, one more contestant is getting all the attention lately. From developing a crush on Pratik Sehjpal to her never-ending banter with Abijit Bichukle, one can always find all promos of the show these days being cut around Devoleena Bhattacharjee.

The wild card entrant entered the show earlier alongside Rashami Desai but Devoleena seems to be getting a lot of steam lately. While fans who religiously follow “Bigg Boss” find her extremely entertaining and even believe she has revved up the otherwise dull season after her entry. People have taken to various social media handles to express their support to the player. Some believe her never-ending banter with Abhijit Bichukale is funny, while others have appreciated her selfless side on the show. Right from rigorously performing tasks to taking a righteous stand, Devoleena is surely making her presence feel, coming across as a strong player and thus, many feel that she aptly deserves the title of the show. Many even expressed how she is doing much better than her last appearance in the show in season 13.

Other comments read like this, “Nailed it and owned it and how ap love you. She’s trending ..i’m very happy for her” @Devoleena_23.

One comment also read, “#Devoleena the Is Only One Who is on The Right Track, Baki Toh Sabka Dimaag Kharab Ho Gya Hain”.

The last promo of the show that aired yesterday, Devoleena, who otherwise shares cute banter-full relationship with Abijit Bivhukle, was seen lashing out at him for crossing the limits on the name of the task, as her commented few below the belt comments on fellow contestant Pratik.

“You are disgusting, people must spit on you” she can be seen saying while a furious Abijit retaliates by picking up a bottle to attack her. The latter part of the promo shows how an enraged Devoleena locks herself in the bathroom, trying to break things up to vent her anger while other contestants plead her to open the door.