Who Is Sanvikaa- Girl Who Plays Rinky In Panchayat Season 2 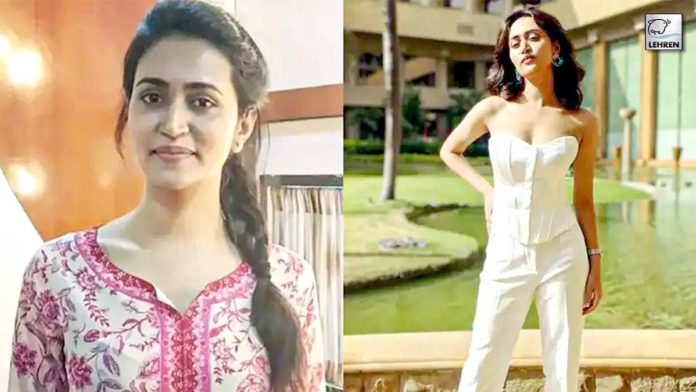 Panchayat Season 2 fame Sanvikaa is creating buzz over the internet. In the popular Indian series, she is seen portraying the role of Rinky. Introduced in the second season of the show Rinky is the daughter of Pradhan Ji and Manju Devi. With her simplicity, she has grabbed the eyeballs of the audience, becoming the talk of the town. Sanvikka is presented as the love interest of Abishek Tripathi played by Jitendra Kumar.

Panchyat 2 has received great reviews immediately after streaming last week on Amazon Prime Video. The new season came up with characters and actors one of them is Rinki and fans have loved her performance. Here is everything you need to know about Sanvikaa playing Rinky in Panchayat 2.

Sanvikaa comes from an Indian small town Jamshedpur, Jharkhand. In education matter, she holds an engineering degree. However, she disliked the 9-5 job and wanted to explore different opportunities. She revealed that she persuaded her parents for a job in Banglore but in fact moved to Mumbai to pursue her career in acting. She was supported by her friend in Mumbai, who is already into acting.

For those who are unaware, Sanvikaa is her stage name, originally our Panchayat girl is named Pooja Singh. Before giving several auditions she worked as a costume AD. Sanvikaa rose to fame with her character Rinki in Panchayat season 2 and now has 90k+ followers on Instagram, and growing with just 45 posts. Rinky starring opposite Jitendra Kumar aka Abhishek Tripathi gained a lot of attention for her role in the show.

Panchayat narrates the story of a city boy who has been allotted a job in a remote village named Phulera. The engineering graduate becomes Panchayat’s secretary over his will. The comedy-drama Indian series has earned many honors at the Filmfare OTT Awards 2020. Directed by Deepak Kumar Mishra, and created by The Viral Fever for Amazon Prime Video, Panchayat also stars Neena Gupta, Raghubir Yadav, and Biswapati Sarkar, Chandan Roy, Faisal Malik, and more. Following abundant positive reviews, the prognosis is to have Panchayat season 3.
Also Read: Panchayat Season 3: Release Date, Speculations, Plot & More