“Who is Neha Bhasin?”, Says Madhav Shharma In Support Of Pratik Sehajpal 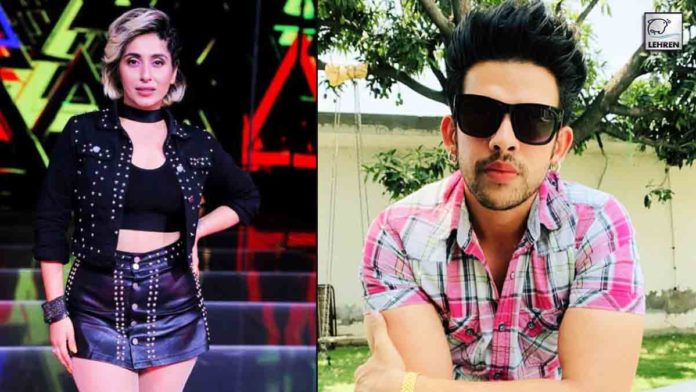 Madhav Shharma has come out in support of his friend Pratik Sehajpal who is being targeted by Neha Bhasin On Bigg Boss OTT.

Madhav Shharma and Pratik Sehajpal have shared screens together in Love School Season 3 and are good friends. Madhav came out in support of Pratik and has taken to social media to share how furious he is after watching Pratik being the target yet again.

“Last week, he ( Pratik ) was being targeted for using bad slurs and this week the feminism card is being played against him by none other than Neha”, describes Pratik’s oldest well-wisher Madhav Shharma.

Neha Bhasin, an Indian singer and songwriter is also a part of Bigg Boss OTT.
Madhav says, “Pratik is being misjudged and it is astonishing to see how he handled the entire situation in the Statue task last week with Neha targeting him solely.”

Check Out: Rhea Chakraborty Is Heartbroken To See Cruelty On Women In Afghanistan

Madhav commented in a video asking ‘Who is Neha Bhasin?’, after watching the argument which took place between Pratik and Neha.

In Madhav’s opinion, he never knew Neha Bhasin before Bigg Boss. He asks, “Why is Neha claiming her career to be on top? I belong to the same industry and live in Bombay and still I did not even know which songs she sang and who she was before Bigg Boss OTT.” He continued, “She( Neha ) has come to the same show to get recognition like everyone else and calling him a tramp (sadak chaap) is not the way you play this game.”

Lastly, on questions about his work front, he said his web series will be on air very soon. Madhav said, “Currently I am enjoying time with my family in Punjab and looking forward to returning to Mumbai as and when work calls.”

Must Watch: Exclusive Interview With Rohan Shankar- Writer Of Mimi And Luka Chuppi