5 Reasons Why Voot Select’s Latest Offering “Ranjish Hi Sahi” Is A Must Watch! 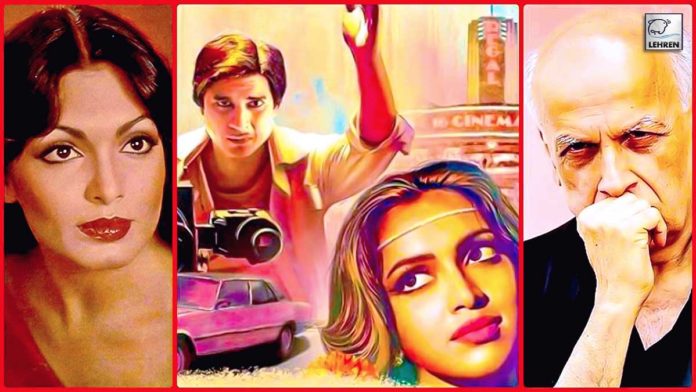 Starring Tahir Bhasin, Amala Paul, and Amrita Puri, the story is set in the ’70s, the golden era of bell-bottoms and peppy music.

Ever since the trailer of “Ranjish Hi Sahi” dropped on the platform, there was continuous chatter and speculations around the show being based on real-life stories about a Bollywood director and a diva from the ’70s. Well, if we have guessed it right, it’s a show about someone who we have grown up watching their movies. Starring Tahir Bhasin, Amala Paul, and Amrita Puri, the story is set in the ’70s, the golden era of bell-bottoms and peppy music. It revolves around the lives of Shankar, Amna Parveez, and Anju. The protagonist Shankar, a fledgling maverick film director gets drawn into an extramarital affair with an eccentric superstar who changes his life forever; his marriage with his first love spirals as he is torn between two worlds.

Here are 5 reasons why Ranjish Hi Sahi should be on your binge-watch list:

1. Stellar performances of the cast:

The series boasts an incredible cast that includes talented actors such as Tahir Raj Bhasin, Amala Paul, and Amrita Puri. Tahir Raj Bhasin plays the role of Shankar, the maverick film director whereas, Amala Paul takes up the role of Amna, the eccentric superstar of the ’70s, who Shankar has an extramarital affair.

Yes, you read it right! After giving us hits like “Arth”, “Saaransh”, “Janam”, “Naam”, and many more, Mahesh Bhatt debuts into the digital space with this intriguing 70’s love story named “Ranjish Hi Sahi”. Just like his previous hits, this too you can expect to be engaging and compelling.

The plot is set in the ’70s and traces the life of a maverick film director and an eccentric superstar as they fall for each other, and the former gets into an extramarital affair. The series will take you through the highs and lows of this love story, keeping you hooked from the beginning.

4. Going down the memory lane bringing alive the 70’s romance:

Whether it’s the director’s eye, styling for the actors, language, or soulful music everything in the series will take you back to the golden era of the ’70s. The series promises to take you on a nostalgic ride with each passing scene.

5. Soulful music which takes you back to the ’70s:

It’s a proven fact that music helps you soothe, and no movie or series is complete without soulful music for audiences to tune into. “Tham Sa Gaya”, “Tera Uth Ke”, “O Berhem” and “Ya Illahi”, are some of the soulful songs which can be witnessed in the 8 episodic – web series. Sung by Javed Ali and Rekha Bharadwaj and composed by Aabhas, Shreyas, and Prasad Sashte, these songs promise to remind you of your loved ones.