Urfi Javed’s Life In Danger, Gets Threat From Sharpshooter 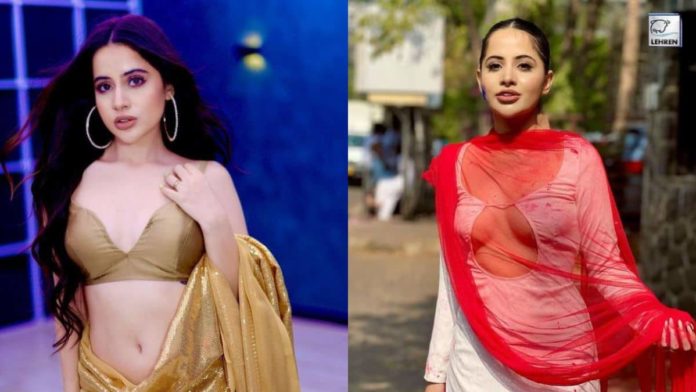 Bigg Boss OTT contestant Urfi Javed has received a threat from a sharpshooter. Know the details.

Internet sensation Urfi Javed’s life is in danger. She received a warning call from a sharpshooter. The young diva has given details of the threat call to Mumbai Police. Urfi has been receiving threats after she exposed a man who has allegedly assaulted her and several other women. The man named Omed Afridi works in the entertainment industry as a casting director. Urfi said that he asked her to have video s*x with him. The actress then also filed a complaint with Mumbai Police. She also put up an Instagram post informing her fans about the incident. The accused is currently in police custody. After his arrest, Urfi received a threat call from a sharpshooter.

Urfi took to her Instagram story and wrote, “This man Obed Afridi and his so called best friend/girlfriend asked a sharpshooter to call and threaten me to delete the post. (submitted the evidence to the police where the sharp shooter mentioned both their names). When you stand for what’s right, people will try to frighten you, but always remember when a woman stand up for herself, she is actually standing up for every woman out there.”

In another Instagram story, she told that over 100 women have claimed to have been assaulted by this man. She urged women to speak up against sexual predators. She wrote, “I received msgs from 100 plus girls saying that this man Obed Afridi has harassed them too but why did it take so much time for him to get arrested because no one complains. Girls please start raising your voice against such sexual predators. This man is still in jail, tho he will come out some day but after that we need to start reporting his crimes, we need to boycott him. I feel ashamed when I see girls working with him, calling him ‘best friend”, like seriously? If you support a sexual predator, you’re actually encouraging him to molest more people. Girls please start reporting sexual predators, name and shame them.”

A few days ago, Urfi narrated the entire incident in her Instagram post. She wrote, “So this man has been harassing me for so long and now I had it. 2 years back someone morphed my photo and started distributing it, I had already filed a police complaint about that 2 years back and I went through hell at that time. I even uploaded a post 2 years which is still there on my profile. This man got a hold of that picture and had been blackmailing me to have video sex with him or else he will distribute the picture on various Bollywood pages and ruin my career. Yes, he was blackmailing me to cyber rape me (that’s the word for it ) This man has been arrested by @mumbaipolice , they caught him in delhi and got him hear for the legal proceedings. Anyone who works with sexual predators is supporting them, we as society should boycott such people . Anyways this man is a threat to society, women. He shouldn’t be allowed to live freely .. Idk what action police will take now but just wanted to tell everyone about this man who is freely working in the Punjab industry.”