Double Celebration For Ravi Kishan And Ravii Dubey On Christmas! 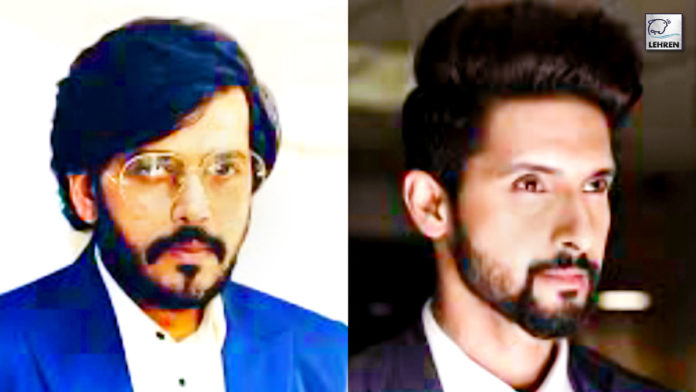 This Christmas is very special for actors Ravi Kishan and Ravii Dubey as their fans have given them the biggest gift this Christmas.

This Christmas is very special for actors Ravi Kishan and Ravii Dubey as their fans have given them the biggest gift this Christmas. Actors web show “Matsya Kaand” is getting a lot of appreciation and the series has gained 100 million views already. What’s more an actor can wish for on their Christmas. This year was like a rollercoaster ride for various actors and for Ravii Dubey, Ravi Kishan too. The year-end is getting a lot better with each coming success.

Acknowledging the success of his web series, Ravii Dubey says, “From trying a new genre, to exploring a new medium and donning so many avatars to perfect this one character has been a delightful journey; the response to Matsya as a character is just so overwhelming that I am humbled. With this MX Original Series crossing 100 Million views – I truly couldn’t have asked for a better gift and this has been the perfect end to this year. It feels great to know our piece of love and hard work has reached millions. It has been a wonderful experience working with the team and I am glad it has found a massive place in the hearts of the viewers.”

Ravi Kishan further added saying, “As a team, we gave this project 100 percent and I am so happy to see it win all this adulation from across the country. I’m glad we were able to strike a chord with the audience. The 100 Mn views are not just a figure to me but a fruit of our hard work and the immense love that people have shown for our series.”

Elaborating on the success of the series, Gautam Talwar, Chief Content Officer at MX Player said, “At MX, we strive to bring to Indian audiences fresh, intriguing narratives that break away from the routine. The success of an unconventional con thriller like Matsya Kaand crossing 100Mn views is testimony to the hard work and efforts of multiple teams – be it the writer/ director/ actors/ production or our internal teams at MX Player. It’s great to end the year on such a high and we look forward to continuing this streak in the New Year with many other compelling stories.”

The show features stellar performances from Ravii Dubey, who makes a debut as an honorable con artist in this fast-paced web series, and Ravi Kishan as a cunning, ruthless cop who engages with this genius conman in a thrilling cat and mouse chase. The series, which holds a 9.4/10 rating on IMDB also stars Piyush Mishra, Zoya Afroz, Madhur Mittal, Rajesh Sharma, and Naved Aslam amongst others in key roles and is directed by Ajay Bhuyan.