Manu Mundra And Handa Sahab Could Have Been Best Friends In Real Life, Check Out 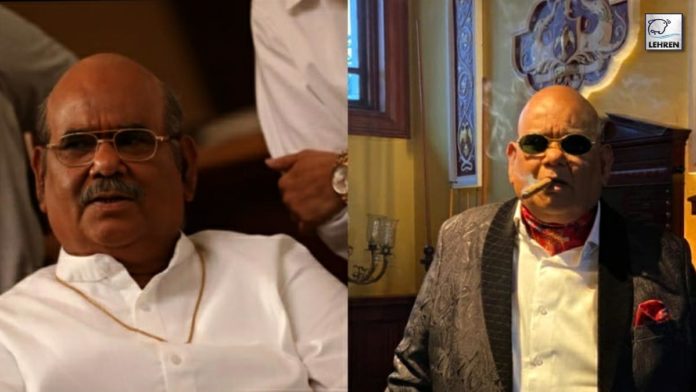 Both the characters are strong and appealing in their own way, with the potential to keep one glued to their seat.

Satish Kaushik, an Indian film director, producer, and actor, has been dawning many hats and winning the hearts of the audience with his versatility and impressive characters that leave a mark. The actor received loads of appreciation for his rigid and antagonist role of Manu Mundra in SonyLIV’s “Scam 1992: The Harshad Mehta story”, produced by Applause Entertainment. Well, after Manu Mundra, one does not even need to be a critic to acknowledge the cinematic parallels with his recent character as Handa Saab in ZEE5’s “Bloody Brothers”, yet another show from the House of Applause.

Both the characters are strong and appealing in their own way, with the potential to keep one glued to their seat. “Scam 1992” was one of the biggest OTT hits by Applause Entertainment, and their recent launch Bloody Brothers stands out with striking performances and a gripping plot. From Manu Mundra’s dialogue “Yeh Harshad Mehta bh***od hai kaun” to Handa Saab with cigars in his hand saying, “Hum khud ko bhi Handa Sahab bulate hai”, Satish Kaushik wins our hearts all over again!

Talking about his role and Journey Satish Kaushik says, “I was attracted to the “Bloody Brothers” because of Applause Entertainment. I have done a very successful show with them called “Scam 1992; The Harshad Mehta Story” and secondly director Shaad Ali with whom I have had a very good equation since “Soorma”. It was great working with a young and enthusiastic unit. Bloody Brothers are my fourth show with ZEE5 and Bloody Brothers is a real edge-of-the-seat thriller produced by Applause.”

Directed by Shaad Ali and produced by Applause Entertainment in association with BBC Studios India, “Bloody Brothers” is streaming on ZEE5.