Shocking! Rajeev Sen Accuses Charu Asopa Of Having An Affair With Karan Mehra 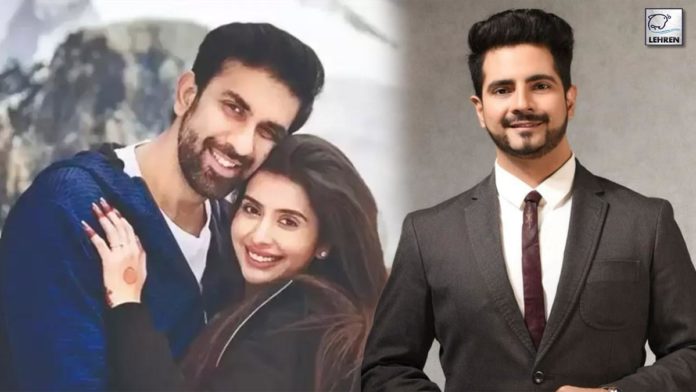 Rajeev Sen made some shocking revelations about her estranged wife Charu Asopa, he stated that Charu had an affair with actor Karan Mehra.

Estranged couple Rajeev Sen and Charu Asopa have been grabbing the headlines for all the wrong reasons. The two have been embroiled in controversies about their split and divorce. Be it their marriage, split, or their divorce decision the couple had always managed to grab the headlines for their personal life. While after a series of shocking revelations Rajeev Sen has now accused his wife Charu of having an affair with Yeh Rishta Kya Kehlata Hai actor Karan Mehra.

Charu Asopa previously accused Rajeev Sen of cheating on her during her pregnancy reacting to her claims Rajeev told Hindustan Times, “She has no proof (of the allegations), but her ego has gone out of the roof. I don’t deserve this. I will never forgive her for this torture and humiliation,”

Reacting to Charu’s allegations of domestic violence Rajeev said, “She has major trust issues, not me. I’m sure I could get angry, we all do but anger is one thing, the person who provokes you to get angry is far more dangerous.”

However later Rajeev made some shocking revelations as he accused Charu of having an affair with Yeh Rishta Kya Kehlata Hai actor Karan Mehra, he said, “One of the points to be noted from the voice note is her romance with TV actor Karan Mehra being disclosed by her mother. She made a romantic reel with him. She blames me for cheating on her and being suspicious of her. What a world we live in,”

Rajeev added that Charu is using his daughter Ziana to protect herself he stated, “My daughter does not deserve this. Things would have been rather different if she hadn’t spoken to the media for each and everything,”

And finally addressing the issue about their divorce Rajeev said, “Delay or no delay, I’m absolutely done with her. I can’t live with a person who would repeatedly make allegations against her husband. She needs help and proper guidance for herself. I’m deeply concerned and worried about my daughter’s safety.”