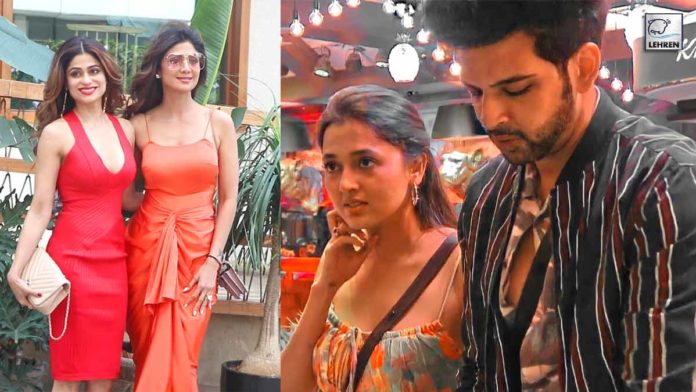 Shilpa Shetty hosted a birthday party for sister Shamita at her restaurant called Bastian located in Bandra. Shamita, who turned 43 today, celebrated her special day in the presence of close friends and family that includes brother-in-law Raj Kundra and boyfriend Raqesh Bapat.

The absence of Tejran from the party makes fans wonder if they weren’t invited after all. We all know that Shamita and Tejasswi didn’t get along during their stay in the house. When Tejasswi age-shamed Shamita by calling her ‘aunty’ on national television, it upset Shamita’s sister Shilpa Shetty and their mother as well.

Shamita ended up as the third runner up in Bigg Boss 15 while Tejasswi won the show. Karan Kundrra is the second runner-up.