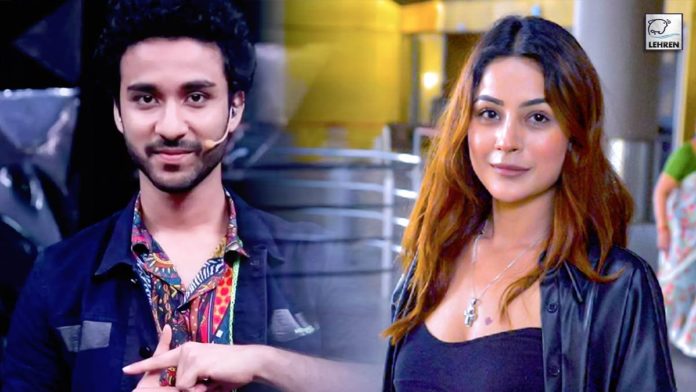 During an event in Mumbai, Shehnaaz Gill addresses the media about her dating rumours with choreographer Raghav Juyal.

Shehnaaz Gill has been making the headlines after some media houses reported that she has started dating TV presenter and choreographer Raghav Juyal. Shehnaaz, who was heartbroken by Siddharth Shukla’s death last year, has slowly and gradually resumed her life. After Sidharth’s death, Shehnaaz disappeared from the public glare as she faced difficulty coping with the sudden loss. However, the actress has now resumed her normal life. She has signed interesting projects and is often seen at public events.

Shehnaaz recently attended an event in Mumbai where she was asked about the ongoing rumours of her relationship with Raghav Juyal. She rubbished the claims as she said, “Media jhoot kyun bolti hai? Media har bar jhoot bolti hai and kuch bi bolti hai. Hum kisi ke saath khade ho jayein ya kisi ke saath ghum lein toh relation mein hai? Nahin na…toh bas, media fizool bolti hai. Ab main hyper ho jaungi. (Why does the media lie? It says anything. Just because we are standing with someone means we are in a relationship with them? No, right? I’ll get hyper now).

Recently, another rumour about Shehnaaz Gill surfaced in the media reports. It was reported that the Bigg Boss 13 fame has been ousted from Salman Khan’s Kabhi Eid Kabhi Diwali. Shenaaz clarified on Instagram as she wrote,  “Lol, these rumours are my daily dose of entertainment since last few weeks. I can’t wait for people to watch the film and of course me too in the film.”

On the work front, Shehnaaz was last seen in Punjabi film Honsla Rakh alongside Diljit Dosanjh and Sonam Bajwa. She will be making her Bollywood debut with Kabhi Eid Kabhi Diwali.

Also Read: Katrina Kaif Got A Drunk Call From Alia Bhatt Before Wedding