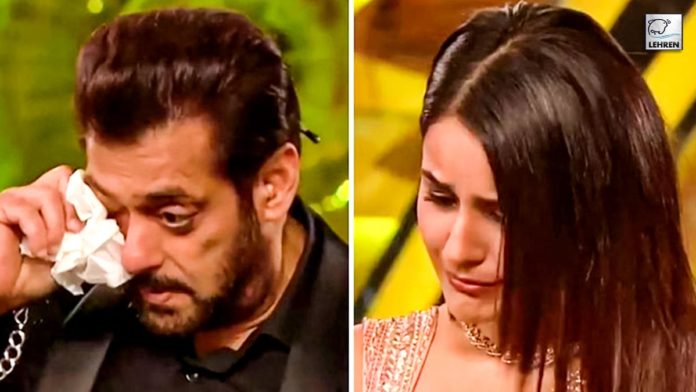 Shehnaaz can also be seen performing a special tribute to the late actor, with whom she shared a very special bond.

It’s been almost 4 months since Siddharth Shukla shattered a million hearts with his sudden demise. The actor who looked hale and hearty passed away from a sudden heart attack, leaving his fans in a state of shock. People who’ve followed Siddharth also know about the bond that the actor shared with Punjabi singer and actor Shenaaz gill, who rose to fame after participating in “Bigg Boss’s” 13th season. It was also this season that Siddharth and Shehnaaz met for the very first time, their friendship grew inside the reality show house and grew even stronger in the outer world. Fans absolutely loved the pair together and lovingly called the duo ‘Sidnaz’. Some even speculated that the two were dating and only when fans were expecting that they’d make their relationship official, things go south for the couple forever.

While the nation mourned Siddharths death, many were concerned about Shehnaaz and wondered how the actress would cope with such a tragic loss. But slowly things became better with time healing everything as Shehnaaz resumed back to work after a brief break. While Shehnaaz and Siddharth’s family’s grief is irreparable, bigg boss viewers, who have been missing Siddharth terribly since the beginning of this season, too grieved upon his untimely departure. The late actor was the winner of the 13th season and has been a part of the 14th season too. As the end of the 15th season approached, in the grand finale episode, everyone including the host of the show Salman Khan seemed to be missing the late actor.

In a recent clip, Salman Khan is seen welcoming Shehnaaz Gill on the grand finale of the show. As Shehnaaz meets Salman, she gets emotional thinking of the late actor. Salman can be further seen comforting her with a warm hug and couldn’t help but got teary-eyed himself, thinking of the actor. Salman as a host has rarely ever appreciated any contestant of the show for their game but he was always impressed by Siddharth as a player. Earlier in the season, Salman was also seen calling Siddharth ‘one-man army’.

Further Shahnaaz is also seen paying a tribute to her close friend by performing a special act for him. Not just her, other contestants including Shamita Shetty, Pratik Sehajpal, and other evicted contestants of the season can also be seen delivering a power-packed performance in the finale episode.