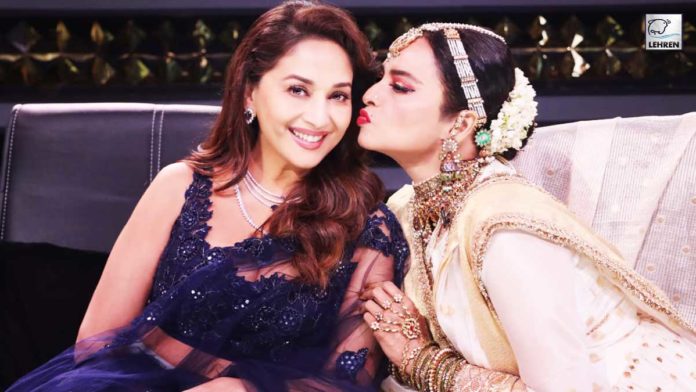 When it comes to celebrating the art of dance, there is no other show than COLORS’ Dance Deewane that does it better. With a plethora of some of the most popular Bollywood personalities, the makers of the show have always ensured that the ‘Silsila’ of entertainment continues unabated. This time, the show celebrated the evergreen diva Rekha ji journey with a special episode themed ‘Rekha Utsav: Silsila Deewangi Ka’. The Bollywood’s Queen graced the sets as the contestants celebrated her cinematic contribution by dancing to some of the most iconic songs. To top it all, everyone’s favorite judge Madhuri Dixit and Rekha Ji herself recreated a scene from Silsila.

In the show, Rekha was taken aback by witnessing performances by Somansh and Akash as they jived to Sun Sun Didi, as Rekha even compared Aakash to her own character Anju from the song. Papai Antara and Tarun had the diva on the edge of her seat with their incredible performance to Yeh Kahan Aagaye Hum. In fact, Rekha was so enamoured by the duo that she did an Aarti for their safety. Rekha also tutored Gunjan, the reigning hip-hop queen of Dance Deewane in some desi adaayein!