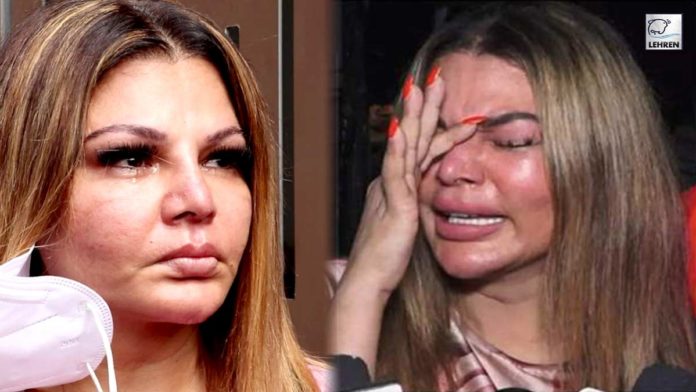 Rakhi Sawant has been arrested by Mumbai Police over Sherlyn Chopra's complaint. Know the details.

Rakhi Sawant was brought to Amboli Police Station for questioning and she will now be presented in the Andheri court.

According to PTI, Rakhi Sawant has been booked under IPC Sections 354A (sexual harassment of the nature of unwelcome physical contact and advances or a demand or request for sexual favours showing pornography), 509 (word, gesture or act intended to insult the modesty of a woman) and 504 (insult intended to provoke breach of peace) and provisions of the Information Technology Act.

Sherlyn Chopra interacted with the media and said, “I made the complaint against her on 8th Nov. I want to thank Amboli police for arresting Rakhi Sawant and proving that everyone is same in the eyes of law, be it a common man or a celebrity. Rakhi Sawant used to call media and showed my naked videos and pictures. She made obscene comments about me. She claimed that I was arrested in objectionable state at a resort in Alibaug. Amboli police contacted Alibaug police and found out that there has been no such case. The point is, why women like Rakhi Sawant insult other women? The law says that you can’t share naked pictures of women at public platforms.”

Sherlyn pointed out that she is fighting against sexual harassment. Sherlyn said, “Everytime I raise my voice against Sajid Khan and Raj Kundra, she jumps into it and speaks on their behalf.”

Sherlyn pointed out that she has nothing to do with Rakhi Sawant.

Must Watch: Shweta Tiwari Dances On ‘Besharam Rang’ In Bathrobe, Fans Are Shocked