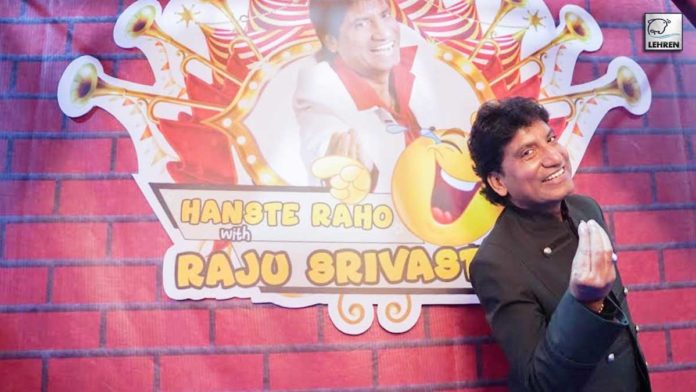 With an experience of 40 years, Raju Srivastava is making a comeback with the solo show. Along with him, TV’s tabla player Surinder, Ashok Mishra, Dipoo Srivastava, and Abhinandan will be part of the show. The series will be topical as well as funny.
Vikas Productions launched the show ‘Hanste Raho With Raju Srivastava’ at an event inaugurated by IMPPA President TP Aggarwal and Rahul Aggarwal.

“When the producers Sarla and Rahul approached me for this project, I immediately said yes. I have been working on this series for a long time and I think it’s the best time where people could laugh and release all their stress,” said Raju Srivastava

“We have all grown up watching Raju Srivastava, he is a mind-blowing comedian and a great artist. We thought it would be great to get him back on screen so that the younger generations can also see him perform and enjoy,” said producer Rahul Aggarwal.

The show will either be released on GEC or OTT platform.