Prince Narula Mocked For Being Rejected By Nora Fatehi 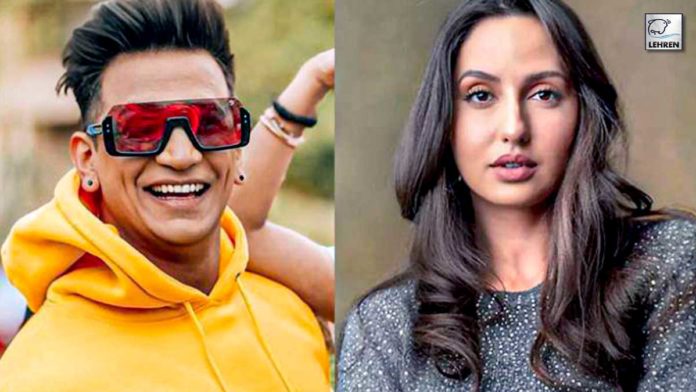 With Prince Narula's entry into Kangana Ranaut's controversial reality show 'Lock Upp', the reality TV star fumed in anger as co-contestant Azma Fallah made an insulting comment about his relationship with Nora Fatehi.

Ever since reality TV star Prince Narula entered the controversial reality show ‘Lock Upp’, there’s a new drama that keeps unfolding every single day. Despite the drama, Prince Narula knows how to play the game, this isn’t the first time that he has entered into a reality tv show. Rather Prince is known for his tactics and strategies, the 31-year-old has been the winner of many popular tv shows like the ‘Bigg Boss’ and ‘MTV Roadies’ and has even judged one of them. But things got a bit heated after Prince has been a part of the Ekta Kapoor produced show, which also hosts other contestants like Poonam Pandey, Saisha Shinde, Munawar Farooqui, Mandana Karimi, etc.

To quote the exact situation, the Bigg Boss 8 winner lost all his cool with fellow co-contestant Azma Fallah made a rather insensitive and personal comment about him. Although Azma was never a part of the drama, it was Karanvir Bohra, who got into a verbal fight with Prince as he broke one of his wooden boxes. A furious Bohra later started destroying all other boxes in retaliation, forcing Prince to intervene. He tried to stop Kranvir and Zeeshan from getting into a physical fight, it was exactly then when Azma made a comment on Prince’s relationship with dancer-actress Nora Fatehi. For the unversed, the two were a part of Bigg Boss 8 and had developed feelings for each other in the game, but later Prince revealed his feelings for another contestant Yuvika Choudhary and later married her.

Azma took a dig at Prince and said how Nora didn’t even pay heed to him in the show. She said, “Nora Fatehi ne to bhav nhi diya.”This was exactly when Prince had to stop her from making comments on his personal life and warned her from doing so. “Beta, agar dobara personal gayi to bura hoga. I am a married man. Sara samaan utha ke bahar fekh dunga main (You will face consequences if you dared to go personal again. I will throw your things outside).’ he said.

While for whatever reasons, the couple was not able to proceed with their relationship, it was once revealed how the two lost bond post the end of the show. “Yes, I’m close to Nora, but we’re both doing good work and I don’t want my name to overshadow her work or vice versa. That’s why we’ve decided to keep things quiet for now.” shared Prince.