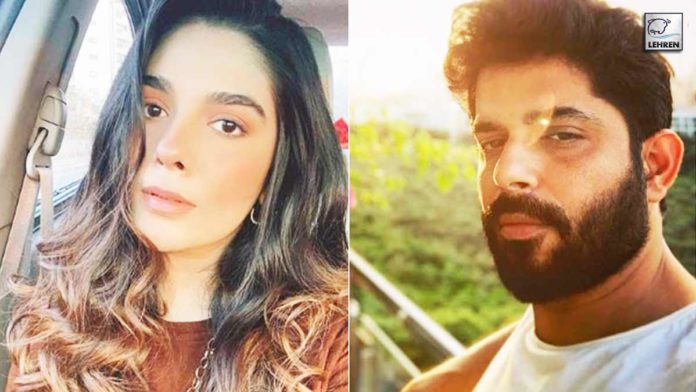 Pooja Gor in her latest interview with a leading digital entertainment portal disclosed her equation with her ex-boyfriend Raj Singh Arora.

The once upon a time golden and famous ex-couple of tinsel town, Mann Ki Awaaz Pratigya 2 (Star Bharat, 2021) fame versatile TV diva Pooja Gor and Yeh Hai Mohobbatein (Star Plus, 2013 – 2019), fame TV actor Raj Singh Arora (Pooja Gor’s boyfriend) were previously in a relationship for a long time and fans along with their friends eventually also expected them both to settle down in matrimonial bliss together but then their breakup shocked the TV industry as it was sudden and unexpected and in her latest interview with a leading digital entertainment portal, Pooja Gor discloses about her equation with ex-boyfriend Raj Singh Arora.

Savdhaan India TV star Pooja Gor and Raj Singh Arora spent a good amount of time, and after so many years of being in a relationship where their fans wanted to see them settle down, but alas their destiny had something else planned and both of them decided to part their separate ways with their own different journeys and broke up with each other but still remain, good friends, even today and opening up on same in her latest chat interview, Pooja Gor discloses about her equation with ex-bf Raj Singh Arora.

Recently, Pooja rescued her ex-beau Raj Singh Arora from a difficult situation by helping him fly to the States for making him meet his family and speaking more about the same, Pooja mentioned on social media that he is still her family and they continue to be friends.

Spilling beans on the bonding that they both share with each other, Pooja shared, “We don’t care about what the saying is we have a bond of over 11/12 years and it will always stay and we will remain friends. He is always going to be my family and his family is always going to be mine. He needed help in something and if I could I did instantly. I would do it for anybody in need. Of course, if it is him even more so. We are mature people, things are not always going to be bad and it isn’t between us. And I am glad that it was that way”.

Difficult decisions take time to process, and when quizzed about their split on this Pooja said, “It was a mature decision between two people and that’s all that happened”. Pooja Gor has been a part of Television shows like Mann Kee Awaaz Pratigya, Kitani Mohobbat Hai, and more. Raj Singh Arora has appeared in TV shows like Remix, Kahaani Ghar Ghar Kii, Yeh Hai Mohabbatein, and more.