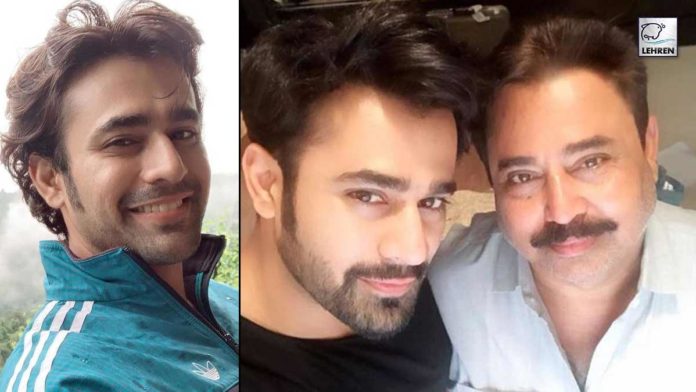 Naagin 3 fame actor Pearl V Puri has rushed to his hometown as his father passes away after suffering from a heart attack. Read below to know more.

Naagin 3 fame actor Pearl V Puri’s father Vipin Puri passed away after suffering from a cardiac arrest. As per the reports by TOI, the whole of the Puri family is mourning and grieving the sudden demise of Vipin Puri. The reports also state that he developed pneumonia and later suffered a silent heart attack. Pearl V Puri who was busy shooting for his upcoming show Brahmarakshas 2 has rushed back to his hometown to perform his father’s chautha.

The sources close to TOI revealed, “Pearl V Puri’s father was hale and hearty. However, three days ago, he developed pneumonia as well as suffered a silent heart attack, and succumbed to it.”

The source further added, “The Puri family is in a state of shock as everything has been sudden. Pearl, who was shooting for his show, ‘Brahmarakshas 2’, had to rush back to his hometown overnight. He performed the chautha for his father yesterday.”

A while back, Pearl V Puri took to his social media handle to celebrate the wedding anniversary of his parents. The actor shared a few pictures in which we could see him spending some gala time with his mother and father.

Pearl captioned this image, “Happiessssttttt anniversary to the most beautiful couple of the world. I love you maa I love you paaa May god bless you with everything you want and alottts of happiness and 100 lifetimes of togetherness love love love.”

The Naagarjuna- Ek Yodha actor is yet to publicly express his emotions after the sudden demise of his beloved father.

On the work front, Pearl V Puri recently announced that he will be seen in an upcoming music video. He even shared a few behind the scenes from the song to tease his fans and followers.