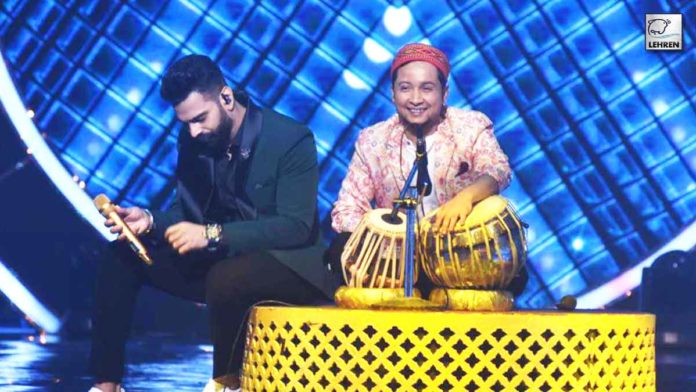 Indian Idol 12 will celebrate the 'Greatest Finale Ever' on 15th August, one of the longest finales ever and will go on for 12 hours.

One of the longest running singing reality shows’ Indian Idol Season 12 is all geared up to showcase 12 hours of the Greatest Finale Ever on 15th August! Apart from the current season contestants, the ex-contestants will also come together and pay a befitting tribute to the one and only, Anu Malik. Ex-contestant Sreerama Chandra along with finalist Pawandeep Rajan will be seen performing on the song ‘Balma and Breathless’ in the show. After the incredible performance, Anu Malik who couldn’t stop himself, comes on the stage to appreciate them.

The highlight of the entire act will be the fact that Pawandeep Rajan who is not only a talented singer but an all-rounder when it comes to paying instruments, once again takes charge of the Tabla during his performance. In one of the previous episodes, Pawandeep smoothly impressed Bappi Da with his table playing skills.

Commending their performance, Anu Malik gets on the stage and says “I am overwhelmed by both of you. The way they you’ll sang was commendable. I am highly impressed by you Pawandeep and, the way you took charge of the Tabla was amazing.”