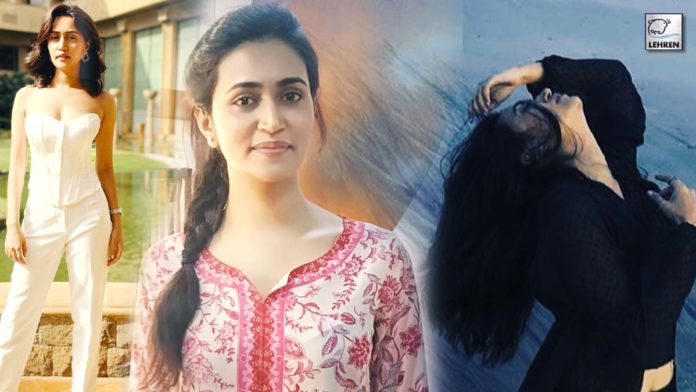 Sanvikaa aka Rinky shares her hot looks on her social media account. Fans showers love on her transformative looks.

Actress Sanvikaa, who plays the role of Rinky in Panchayat 2 is making quite some buzz on social media with her recent pictures, in which the actress looks almost unrecognizable from her character from the web series Panchayat.

Pradhan ji’s daughter Rinky was well-liked by the audience in ‘Panchayat 2’. The web series ‘Panchayat 2’ also got as much love from the audience as its first season. People kept watching each episode with their hearts in such a way that it is related to their own life in some way or the other. The second season also features the character of Pradhan ji’s daughter Rinky, played by actress Sanvikaa. He also got a lot of appreciation from the audience for his acting. But this actress who was seen in simple looks in front of the camera is equally stylish in real life.

A recent post shared by the actress featured her in a hot and sexy avatar which seems completely opposite to her role in Panchayat. In the pic, the actress wore a whole white co-ord set with a sheer corset top and trousers. Sharing the picture she wrote, “Heartfelt thank you for all the love . Indebted, Thankyou for all the crazy response and love. And I promise to work harder and do better and keep you all entertained with good work”.

While in yet another still, the actress shared her look in a full black co-ord set wearing a black crop top along with black trousers and pullover, looking all sexy and stylish. Not only this but after her work in the series, her sexy look of the actress has been going viral among her fans who are showering her new look with much love.

On the work front, Sanvikaa appeared in the serial Diya Aur Baati. Along with this, she has appeared in Crime Patrol, Savdhaan India, Comedy Circus Ka Naya Daur, and Dil Se Dil Tak. This time, she is being discussed a lot in the role of Rinki in the web series Panchayat 2.