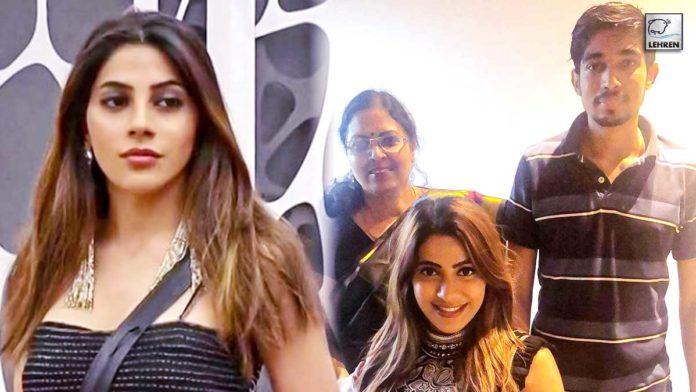 Nikki Tamboli opens up about dealing with mental stress after the demise of her brother Jain Tamboli.

Nikki Tamboli gets a lot of fame from Salman Khan’s hosted show Bigg Boss 14. She is one of the active actresses on social media, and she often shares her stunning pictures and photos with her admirers. Recently, Nikki remembered going through mental stress and emotional breakdown after the demise of her brother Jatin Tamboli. And how she is trying to overcome that unfortunate stage. She also reveals what kind of roles she wants to play in the future.

Nikki stated I have been getting lots of offers after Bigg boss, but she wasn’t in the right frame to make the right decisions. Dealing with the pain as she lose her loved one, for her these last two years have been real struggles for her. She further said it was difficult for me to stay positive while missing my brother. Even when I would smile in the company of thousands of people, however, I was dying inside.

Talking about what kind of roles she will take up:

A former contestant of Bigg Boss said I feel I am confident to accept newer challenges and it’s time tome to hit back hard. She would love to do the type of roles that demand a lot of action and gameness to work in a biopic. “I needed something that I can connect to and can see myself doing” according to Nikki Tamboli.

On the work front of Nikki Tamboli:

She appeared in the Tamil film ‘Kanchana 3’ which became one of the highest films of the year. Apart from this, the actress is also part of two Telugu films. She gets lots of love from the reality show Bigg Boss 14. She was last seen in Rohit Shetty’s action show Khatron Ke Khiladi 11 and later featured in several music videos.

Check Out: Bigg Boss 16: Soundarya Is Evicted; Archana Screamed And Scared Others