In a recently conducted poll, we asked the audience who do they like more- Neha Kakkar or Aditya Narayan! Check out the public verdict! 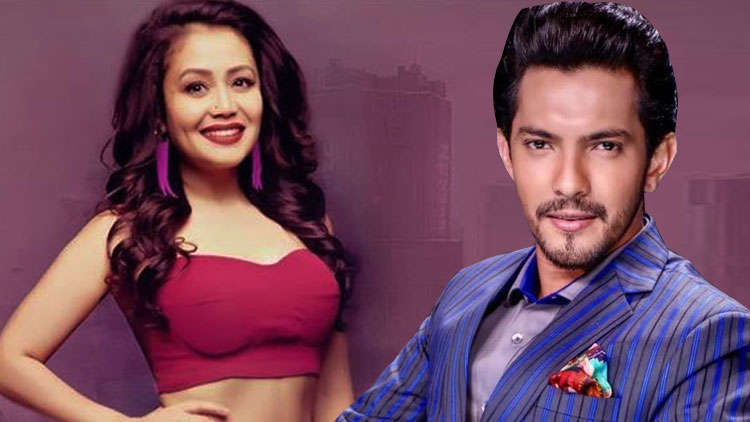 Singers Neha Kakkar and Aditya Narayan have been in the news for quite some time now. Both Neha and Aditya have proved themselves with their talent over the years by giving some hit numbers that are on our playlist all the time. Talking about Neha, she has sung popular songs ‘Kar Gyi Chull’, ‘Kala Chashma’, ‘Dilbar’, ‘Coca-Cola’, and many others.

People were excited when the two singers were rumored to get married this month. But turns out, it was all a publicity stunt. Keeping in mind how the duo topped the headlines all this while, people definitely loved their Jodi. But we wanted to know who does the public likes more!

So, we conducted a poll to know the views of the public.  Within an hour, around 2,000 people participated, out of which 78% voted for Neha Kakkar, while only 22% voted for Aditya Narayan.

Well, Neha Kakkar is a definite winner here who has been winning people’s hearts with her beautiful songs and inspiring journey.

After the Neha-Aditya drama is over, Neha is again in news. This time for her ugly fight with ex-boyfriend Himansh Kohli. It all started when Himansh came out of nowhere to speak about his breakup with Neha that happened a long time back. He said during an interview,  “Nobody wanted to know the real story and I was made out to be the villain. It was very upsetting because I wasn’t saying anything and people were drawing their own conclusions based on what she was putting out. She cried on TV shows and everyone believed that I was to blame. I wanted to cry, too, but then we tend to put up a brave front.”

Neha too decided to give it back to Himansh via an angry post on her Instagram. She accused him of using her name to gain publicity and also threatened him. Neha wrote, “Log Jo Bhi Bura Bolte Hain Mere Baare Mein They’re nothing but FAKE AND JEALOUS and USING MY FAME to appear in News. Pehle bhi Use Kiya, Mere Peeche se bhi Use Kar Rahe Hain. Oye! Get Famous coz of Your Work, Not bcz of Me. Don’t Use My Name to get famous again. If I open My Mouth…………. I’ll bring here your Mother, Father and Sister’s deeds too.. What all they did and said to me. Don’t You Dare Use My Name and Don’t become Bechaara in front of the world, making me look like a villain, Warning You!!!!!  Stay Away from Me and My Name!!!!!!”