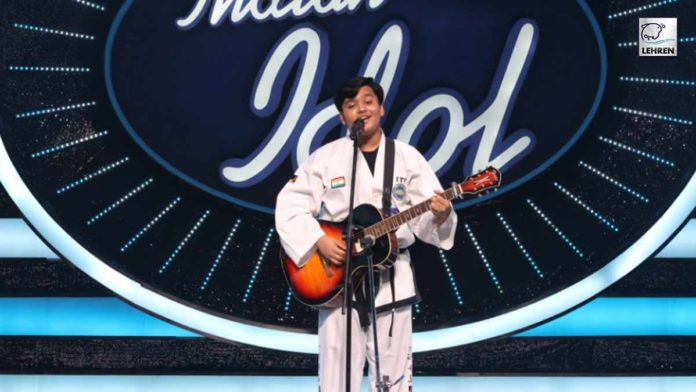 Indian Idol is back with a fresh season, sitting on the panel of judges are acclaimed names from the music industry- Neha Kakkar Vishal Dadlani and Himesh Reshammiya. Indian Idol 2020 is all set to give India its musical weekends back. The theme for this season is is Phir Se Badlega Desh Ka Mausam – Indian Idol 20-20 Ke Saath!

There are very few people who make big and unusual decisions which require taking huge steps in order to shape their career. One such example is Samyak Prasnana from Delhi who is a Nation level Taekwondo player on one hand and marvelous singer on the other hand. His intertest in Taekwondo was majorly developed by watching his elder brother pursue it and his passion for singing arises from his family as everyone in his family are inclined towards music.

After achieving accolades for his Taekwondo, he decided to follow his dream of becoming a singer and that is how he auditioned for Indian Idol 2020 as he believed this could be the first step for his singing career. Samyak has shown keen interest in singing from a very young age , he has been learning tabla since the age of 3. With time he started taking proper training so that he can take his ambition of becoming a singer ahead.

The judges were really impressed and shocked by his performance as he is only 16-year-old but the judges felt he is all set to be playback singer. Himesh Reshammiya especially mentioned about his tonal quality and felt it was also very good.

It will be very interesting to see and hear Samyak Prasnana presenting his singing talent in front of national audiences on the stage of Indian Idol.