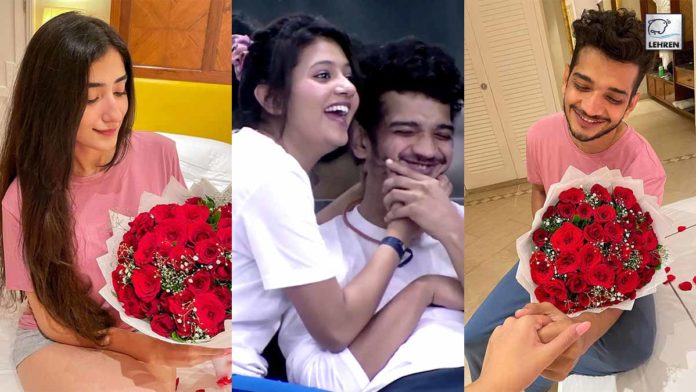 Munawar Faruqui breaks silence on his relationship with Anjali Arora, and reveals that he doesn't follow her on Instagram.

In an interview with RJ Siddharth Kannan, Munawar spoke about why he doesn’t follow Anjali on social media, whether he feels he could have led her on the show, and why he never revealed to her that he has a significant other on the outside. Refusing to declare that he will remain lifelong friends with Anjali, Munawar said, “Nobody can guarantee a lifelong bond, in any relationship. But yes, she’s a good person, and I don’t know what’ll happen next.”

Munawar also revealed why he doesn’t follow Anjali on Instagram, whether he feels he could have led her on the show, and why he never revealed to her that he has a significant other on the outside.

Though the duo shared a good bond inside Lock Upp and their fans had even trended the hashtag #Munjali (Munawar and Anjali) throughout the show. Now, in a recent interview, the stand-up comedian has clarified that they both had been friends since the beginning and there was no romantic angle involved between them.

While the reality show winner also revealed about his girlfriend Nazila, as his girlfriend posted pictures of them on her Instagram. Recently she uploaded pictures from her birthday where Munawar could be spotted with a bouquet of flowers.