Munawar Faruqui, Nia Sharma Along With These Celebs To Participate In Bigg Boss OTT 2 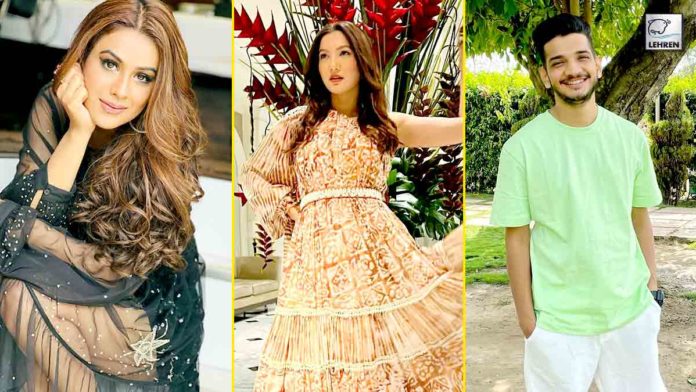 Check out the list of Bigg Boss OTT 2 rumored contestants.

Bigg Boss has been one of the shows which gains the highest TRP levels every year and it’s undoubtedly the show for which the audience waits throughout the year. The concept of the show has been loved by the audience and so is every single contestant who appeared on the show, be it the Shehnaaz Gill or lt. actor Sidharth Shukla.

Earlier the makers released a new concept, seeing the massive viewership of the show Bigg Boss OTT was announced and the show was hosted by none other than filmmaker Karan Johar himself. During the OTT season, renowned celebrities like Shamita Shetty, Divya Agarwal, and Pratik Sehajpal among others received much love from the audience. And Divya Agarwal rose up as the winner of the season.

While now according to reports many celebrities from the industry have been approached for the upcoming season. Bigg Boss 7 winner Gauahar Khan received immense love during Bigg Boss 7. While according to the reports the actress might be seen with her husband Zaid Darbar and brother-in-law Awez Darbar in the show this year.

While another celebrity and the winner of Lockupp Munawar Faruqui is also speculated to perform in the show as soon as he ends up with his shoot for his show Khatron Ke Khiladi the comedian is expected to enter the Bigg Boss house this year.

Jamai 2.0 actress Nia Sharma is also expected to be seen in the show this year, along with her other names like Anushka Sen from tv serial Jhansi Ki Rani, Roadies and Ace of Space fame Baseer Ali, and Splitsvilla fame Kevin Almasifar has been approached for the OTT version of Bigg Boss as well.