MC Stan Takes A Stand For Shiv For Demeaning His Character 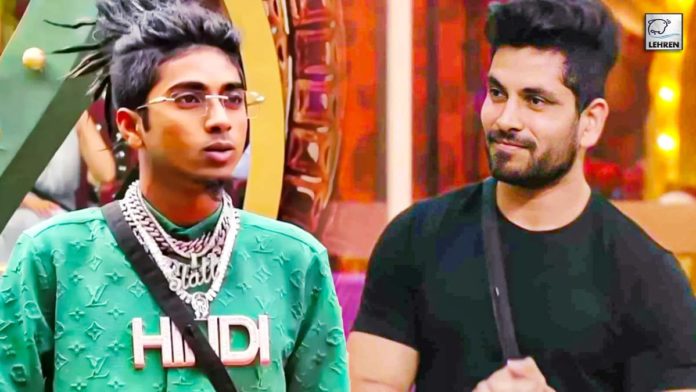 Bigg Boss season 16 is approaching its long-awaited grand finale and the contestants are struggling to survive the closing. Also, we’ve seen the week before and even this week, the ticket to the finals was taken home, and whoever gets it gets an instant seat in the show’s finals.

In the episode BB recently, we saw an uproar between housemates Priyanka, Shiv, and MC Stan when the ticket for the final task was assigned to the housemates of BB where all inmates had to give their reasons and remove a ring from the Nimrit name according to reasons. Still, Priyanka made an undeserved justification and removed Nimrit’s testimony ring, which didn’t go well for her best friend Shiv Thakre, and took it upon herself to explain to the Udaariyan actress.

Well, Priyanka immediately took his ego explanation and started fighting with Shiv demeaning his character while Mc Stan who is a close friend of Shiv intervenes in the conversation, and Priyanka for her behavior criticizes and gives her an answer for the way she reacted, Stan also ended his backchat and once again proved his loyal friendship with Shiv Thakre.

The way Mc Stan progresses catches the viewers’ attention and it would be interesting to see it in the later stages of the show, also the race for Bigg Boss tickets for the season 16 finale is fraught with many hurdles and will surely bring a lot of entertainment to the audience.

Also, Read–Inmates Are Starting A War Against Priyanka: Bigg Boss 16