Jung Hae In Starrer ‘Something In The Rain’ Indian Remake; All You Need To Know 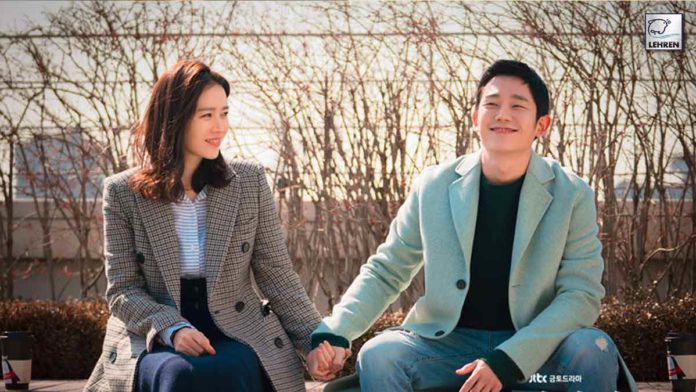 The 2018 drama stars ‘Crash Landing on You’ fame Son Ye Jin opposite Hae In is officially confirmed as an Indian remake by JTBC studios.

The popular Korean series “Something in the Rain” is all set to be remade, as confirmed by the JTBC studios.

“We confirmed the Indian remake of ‘Something in the Rain’ with India’s leading digital entertainment company Pocket Aces,” JTBC Studio announced.

The plot of the drama revolves mainly around Yoon Jin Ah, portrayed by Son Ye jin, who plays a woman who’s clumsy, reckless, and isn’t quite successful in her dating life, thus ends up being dumped all the time. She gets dumped by a guy she truly likes as he calls her ‘bland’ and thinks she’s not attractive at all. Only when she isn’t hoping to find love, Joon Hee appear out of nowhere. He’s her best friend’s younger brother and the only memory Yoon Ji Ah has of him is as a little kid, who was once her neighbor. but as he comes back, in a grown, masculine self, YoonJi Ah’s equation with him changes as she thinks she might actually catch feelings for him and ends up falling in love with him.

While it would be interesting to find out who actually gets to play this masterpiece on the silver screen, as of now there has been no official confirmation about the same. So far fans of Kdramas in India expressed their happiness about the news and have declared it ‘a big news’. For the unversed, this isn’t the first time when a Korean adaptation movie being made in India, there have been several big-budget films that have been inspired by hit Korean movies and dramas like “The Outlaws” inspired “Radhe”, “Ode To My Father” inspired “Bharat”, Amitabh Bachchan starrer “Teen” inspired by “Montage”, Aishwarya starrer “Jazba” from “Seven days” and many more.

On their work front, Jung Hae In is said to have signed another series with the JTBC studios recently while Son Ye Jin is all set to marry the love of her life Hyun Bin, her co-star from “Crash Landing on you”.

ALSO READ – Revealed! Urvashi Rautela Will Celebrate Her Birthday In Maldives With….