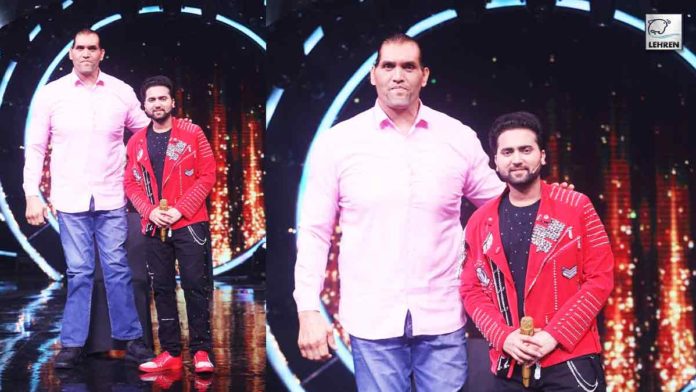 Out of the many notable names gracing the show, the great wrestler Khali will also be seen in the show rooting for top 6 finalist.

Coming Sunday, viewers of Sony Entertainment Television’s Indian Idol Season 12 will witness 12-hours of non-stop entertainment with over 40 acts and a befitting celebration of music with over 200 songs! The season will culminate with the Greatest Finale Ever episode where, the top 6 finalists – Pawandeep Rajan, Arunita Kanjilal, Mohd Danish, Sayli Kamble, Nihal Tauro and Shanmukha Priya will be seen giving a commendable performance and race towards winning the coveted trophy of Indian Idol Season 12.

Out of the many notable names gracing the show, the great wrestler Khali will also be seen in the show rooting for top 6 finalist. Khali will take the viewers by surprise as he showcases his signature wrestling moves along with Mohd Danish and co-host Jay Bhanushali.

Talking about meeting Khali, Danish Mohd says, “The current season of Indian Idol 12 is going down on history with the number of acts, artists and personalities that we have witnessed for the greatest finale ever episode. It is not short of a blessing and meeting Khali sir was almost like a dream come true and it was amazing how down to earth he was. He motivated us and engaged us with his positivity in the show. I am thankful to the show that I could meet him.”