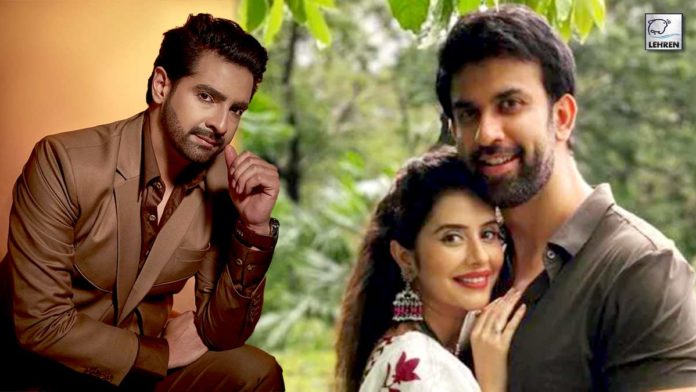 Karan Mehra lashed out at Rajeev Sen after the latter accused his wife Charu Asopa of having an extra marital affair with the actor, here's what he said-

Amidst divorce reports, Rajeev Sen recently accused his wife Charu Asopa of having an affair with Yeh Rishta Kya Kehlata Hai actor Karan Mehra. Reacting to the same both Karan Mehra and Charu Asopa have now finally broken their silence on Rajeev’s accusations and have slammed him for making up rumors.

Addressing Rajeev’s affair accusations with Charu Karan Mehra told E times, “What romance is Rajeev talking about? I had spoken to Charu for a while at a promotional event in June. After that, we never connected until today.” He added that regarding the same Charu sent him an apology, Karan said, “She has sent me messages of apology saying that she’s sorry that I have to bear all this nonsense.”

Karan further added, “Prior to the event in question, I had met Charu about 10 years ago. I have shifted to Delhi after the whole Nisha Rawal episode and Rajeev Sen accuses me like this. Just terrible.” Karan further said that he would file a defamation case against Rajeev, he said, “I don’t have his number and don’t wish to. I would rather file a defamation suit against him,”

For the unversed Rajeev Sen recently accused his wife Charu of having an affair with Karan Mehra, Rajeev told Pinkvilla,  “One of the points to be noted from the voice note is her romance with TV actor Karan Mehra being disclosed by her mother. She made a romantic reel with him. She blames me for cheating on her and being suspicious of her. What a world we live in,”.

Both Rajeev and Charu Asopa tied the knot in the year 2019. The two decided to proceed with a divorce after they had unending issues in their marital life. However, the two recently announced that they have now reconciled for the sake of their child Ziana. While last week Charu announced that she is now finally calling it quits with her husband Rajeev for good. Later Charu accused Rajeev of violence and cheating. The couple is now finally heading for divorce.