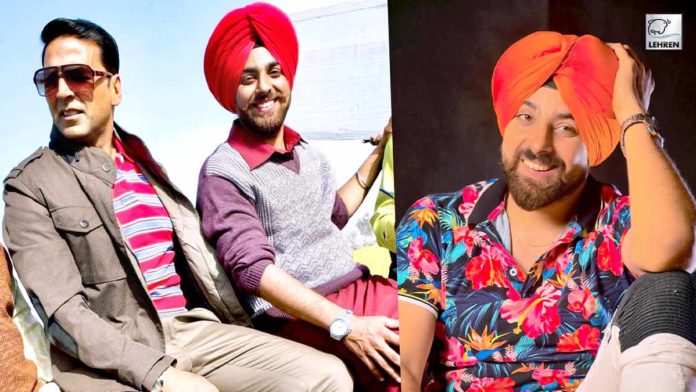 Kanwalpreet Singh, who essays the role of Goldy in TV Show 'Channa Mereya' got inspired from Akshay Kumar and himself performed a daring stunt for a scene.

Actor Kanwalpreet Singh is known for his work in Punjabi films and TV shows. He also made an interesting appearance in Tiger Shroff starrer Heropanti 2. The actor has also been featured in shows like Taarak Mehta Ka Ooltah Chashmah, Rabb Se Sona Ishq, Nadaan Parindey, Code Red, Saavdhan India and Crime Patrol. Currently, he is seen essaying the role of ‘Goldy’, twin brother of Niyati in the Star Bharat show Channa Mereya.

Recently, the actor performed a daring stunt for a scene in the show. Talking about the same, the actor says, “The stunt looked easy but portraying it was really very difficult. One needs to have a lot of guts and a big heart to first convince your inner self to perform the stunt. Once, I was sitting with Akshay Kumar Paaji, during the shoot and we were chit-chatting and I asked him about the reason he performs his stunts himself instead of having the option of duplicate. He replied ‘Yar Stunts Khud Karne Me Bada Maza Ata Hai.’ This sentence of him inspired me a lot and while performing this stunt I remembered his words and thought of performing all my stunts on my own. The stunt was painful and hard, but I enjoyed the feeling. Performing stunts requires a lot of dedication and power.”