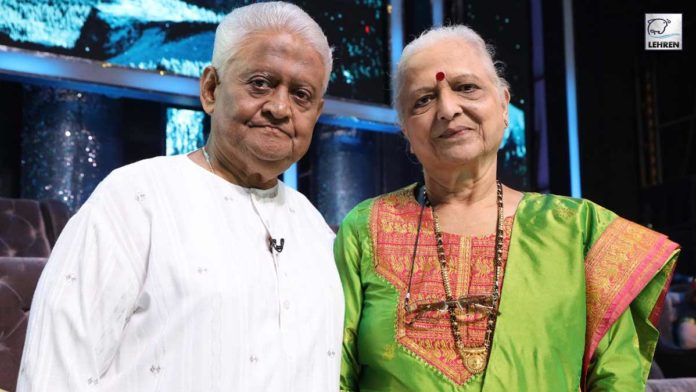 In the upcoming episode of country’s biggest singing reality show, Indian Idol Season 12 would be graced by the legendary music director Pyarelal with his wife Sunilaji. The contestants showered flowers on them as a special gesture to show the love and affection they have for them.

In the show, Pawandeep Rajan who performed on the song Aaj Mausam Bada Baiman Hai, Darde Dil and Mere Mehboob, post his performance, Pyarelal Ji along with the judges and every one present on the sets gave him a standing ovation.

Pyarelal ji said, “The ambience speaks it all, your energy is still alive even after your performance is over. Further added, Kya Tarif Karun us Khuda Ki Jinhone Inhe Banaya.”

To which an emotional Pawandeep said, “Thank you so much for your kind words and even letting me join such a legendary band and play along with them. It was a dream come true.  I’m from Uttarakhand where daily concerts, orchestra earns us a daily livelihood. In our state, we have a huge following for your songs. So, its just a request on behalf of all my state people, will like to give you a shawl as a small gesture for the contribution Laxmikant- Pyarelal have made for the Indian Film Industry.”