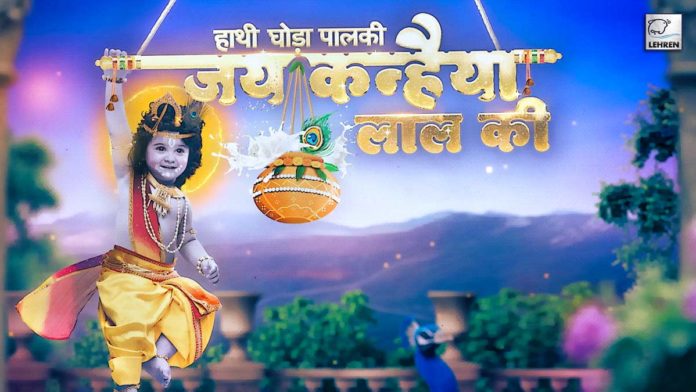 The kingpin of mythological shows, ‘Star Bharat’ with its new addition “Haathi Ghoda Paal Ki Jai Kanhaiya Laal Ki” is already seeing the heights of success. The story of Bal Krishna is being narrated so beautifully on the show that it is leaving the audience asking for more. The show is being highly appreciated by its viewers. It has managed to captivate its audiences with its lovely presentation of Bal Krishna’s tales and is sure to continue doing so in the near future as well.

According to the current plot of the show, Bal Krishna and Balram are seen to be playing bets and challenges within themselves. Yashoda is seen to express her eternal love for her child. In the upcoming episode, Bal Krishna being his natkhat self tends to eat some mud in order to prove his loyalty to Gokul. Upon knowing of her son’s act, Maa Yoshada runs to her beloved Bal Krishna and angrily asks him to open up his mouth and show what he has done, only to be awestruck to see the whole of Brahamaand in his mouth. Bal Krishna does so to put his mother at ease, post her asking him to open his mouth. This was also his very first indication of him being a supreme being and not just a regular child. This act of Bal Krishna extremely astounds Yashoda and leaves her completely surprised.

In the coming days, Bal Krishna’s Leela on the show “Haathi Ghoda Paal Ki Jai Kanhaiya Laal Ki” is expected to leave no stones unturned with regards to enthralling its audiences.

To be mesmerized by its goodness, Tune in to watch “Haathi Ghoda Paal Ki Jai Kanhaiya Laal Ki” at ‘9:30 pm’, only on Star Bharat.