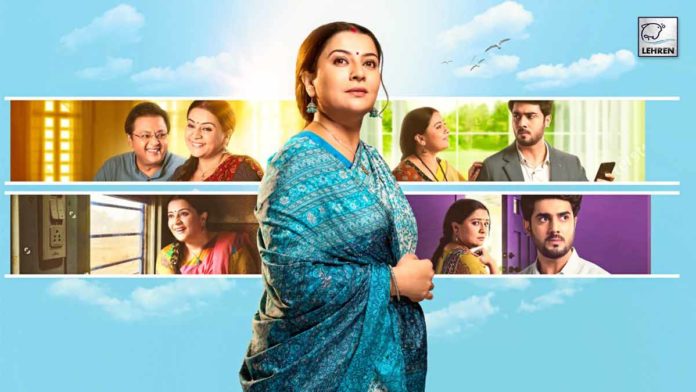 Mothers hold the strong aspect of loving their children in any phase of life. Indiawaali Maa shows this unconditional love of mothers.

1. Her Love towards Rohan is Unconditional

For a mother, a child always remains her baby even if he turns 60 or becomes a tycoon, a leader, or a thinker. Mothers hold the strong aspect of loving their children in any phase of life or situation, the way Kaku love Rohan. Indiawaali Maa shows this unconditional love of mothers is what makes them so special for every child.

2. She knows her son inside out

Mother knows her child like no other. She is the best judge of her child’s personality, and knowing her child’s interests and needs, she accommodates new changes for the betterment and overall development of her child, in the same manner like Kaku who adapted changes and upgrade herself for reparenting Rohan and helping him out to overcome the problems.

3. She is the strongest support to Rohan and saving him from all difficulties.

We all need someone on whom we can fall back on in times of crisis, especially emotional ones and there is nothing more soothing than the arms of a mother where all the problems, insecurities, and negative feelings come to a standstill. She is the one who acts like a strong pillar on which a child can depend, just like Kaku stepped forward for her son when he is in trouble.

4. Kaku put her life on hold for Rohan just like every mother.

Mothers put their own personal desires and needs on hold for their children. Their children’s needs come first. The way, when Kaku put her disappointment aside from Rohan and decides to visit and spend some time with him, leaving back her husband, Hasmukh, because for mothers her first priority is her children, the rest of the things can take a back seat.

5. The way she teaches him what is right and what is wrong.

Just like Kaku goes her way all out to take his son out of all difficulties and so determinant to bring her son back on track and make him see the difference between right or wrong, every mother is the same and we couldn’t agree more on that a mother is the truest friend we have, when trials, heavy and sudden, fall upon us; when adversity takes the place of prosperity; when troubles thicken around us, she will cling to us, and endeavor by her kind precepts and counsels to dissipate the clouds of darkness, and cause peace to return to our hearts.