Everything But Study Happens In This College, Say Cast Members Of ALTBalaji’s Puncch Beat 2! 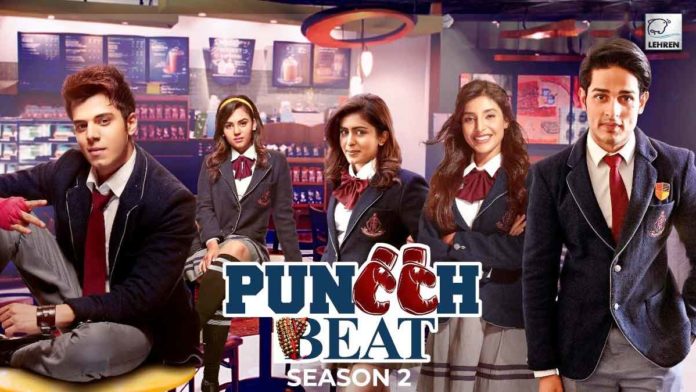 Puncch Beat 2 is one of the most popular shows right now on digital platforms. The show is receiving rave reviews for its gripping storyline. The show takes the viewers back to the fictitious Rosewood High. The prestigious college in the valleys of Dehradun.

Recently, the makers released a video wherein the cast members revealed what Rosewood High means to them. In the video, we see Priyank Sharma, Siddharth Sharma, Samyuktha Hegde, and others talking about the college. While some fancy colleges for their historical importance, some never wish to be a part of the college, and some think that everything but education takes place in the college.

When Puncch Beat 2 was released in 2019 on the streaming platform ALTBalaji, it had all fresh faces. However, just within a few days, the show picked up amongst the youth. It was solely because of the show’s relatability factor, its unique storyline, and the masala content that it sprinkled. The show went on to become one of the top favorites for the youth of Indian. And two years later, the show is back.

Season two picks up from where season one ended. The show brings back popular characters from its debut season. The brooding rivalry between Rahat and Ranbir, played by Priyank Sharma and Siddharth Sharma, will witness its peak and probably a conclusion. Then there are changing dynamics between the other batchmates in Rosewood High after last college year’s events that take center stage in the second season.

Puncch Beat 2 has all the elements to become what is a sure-shot blockbuster. It has music, mystery and a lot of masalas. It stars Priyank Sharma, Siddharth Sharma, Khushi Joshi, Harshita Gaur, Samyuktha Hegde, Kajol Tyagi, Nikhil Bhambri, Samir Soni, Niki Aneja Walia, and others.