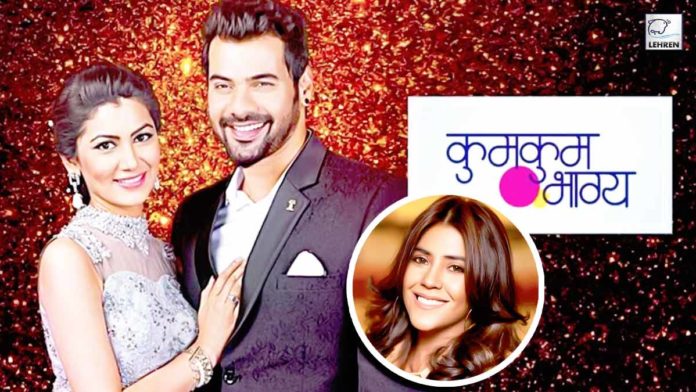 The outrage comes after an alteration in the popular TV show 'Kumkum Bhagya', as rumors of Shabir Ahluwalia and Sriti Jha’s exit surfaced on the internet.

In an age where Indian daily soaps are being trolled and being subjected to multiple memes online, there are still some shows that have made a special place in fans’ hearts and one of those is “KumKum Bhagya”. The show over the years has garnered unconditional love and high viewership from fans, it’s more than the show, the characters of the show have received immense popularity from the viewers.

The show revolves around contract marriage and narrates the story of Abhishek and Pragya, portrayed by Shabir Ahluwalia and Sriti Jha respectively. The new update that apparently got the makers of the show into trouble is that the makers are planning to change the angle of the show. It is rumored that the two main leads will exit from the show, a move that has triggered many fans on the internet. The fans have already started to express their disagreement and have called out Ekta Kapoor and the channel for this.

The show, since its inception in 2014, has been running successfully for more than 6 years now. As fans observed that Shabir and Sriti have been missing out on the show lately, rumors started making rounds on social media that the show will henceforth focus on Ranbir and Prachi’s love story instead. While all this still remains a rumor, a theory that’s been surfaced on the internet, a source closely working with the show has revealed how Shabir and Sriti haven’t walked out of the show and are still pretty much a part of the show.

Furious fans still vented out their frustration as they couldn’t see their favorite couple on the show by sharing their disagreement on the internet. Most fans believed that the makers have done injustice to the lead couple and that the couple deserved a better ending. A user wrote how after giving 8 years to the show, the show hasn’t paid them back and asked the makers for a happy ending. Others said how the couple’s exit will only reduce the TRP of the show and make the show a failure. Others said that the news was very sad that it broke their hearts and demanded the couple to be back on the show. While an angry fan commented how they’d never forgive the makers and the channel and will discontinue watching all the Ekta Kapoor shows henceforth.