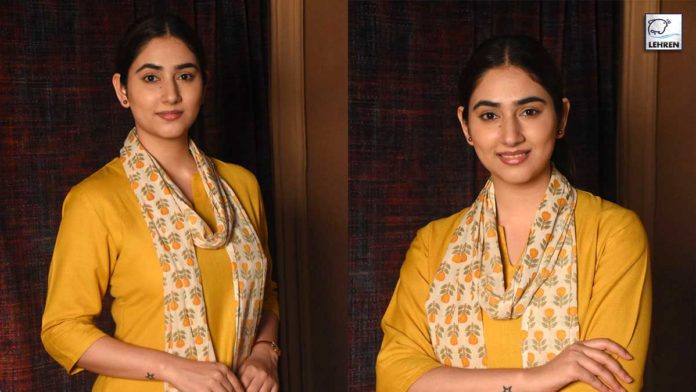 Talking about the same, Disha Parmar who is seen playing the lead role of Priya Kapoor in the show gets candid about her character and her love for the show.

Sony Entertainment Television’s most loved show “Bade Achhe Lagte Hain 2” is a classic love story between two drastically opposite individuals who find love in each other post their marriage. The lead actors Disha Parmar and Nakul Mehta have vowed the audience with their splendid performances as Priya and Ram. The story depicts how true love finds its way and becomes one of the important aspects of your life. Just like an old classic love story, “Bade Achhe Lagte Hain 2” also makes you believe in true and unconditional love all over again.

Talking about the same Disha Parmar who is seen playing the lead role of Priya Kapoor in the show gets candid about her character and her love for the show.

She shares, “The viewers can’t get enough of #Ramya, which is overwhelming. Finally, Ram has confessed his love for Priya and it was as heartwarming as it gets. But what lies ahead will be an interesting turn and I hope viewers enjoy the development. It’s been a treat for all the fans who have been constantly sending sweet messages sharing how much they love our equation and they had been waiting for this time for Ram and Priya to come together. I guess it’s all because of the viewers and their love so it’s definitely a return gift to them to finally see #Ramya together.”

To watch your favorite #Ramya love-filled moments don’t forget to tune in to “Bade Ache Lagte Hain 2” every Monday to Friday on Sony Entertainment Television.