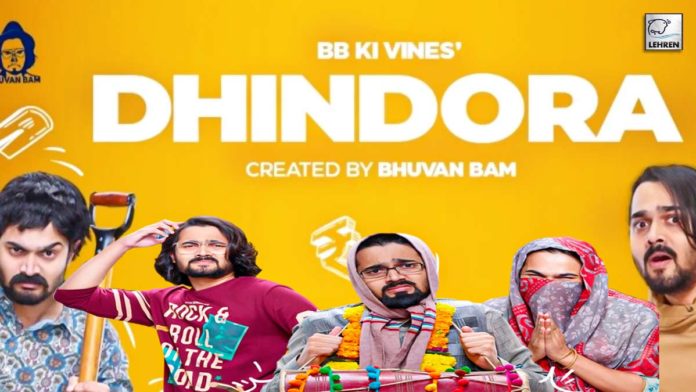 As the viewers await seeking answers to several questions, they are sure to be surprised with a few more twists!

Bhuvan Bam’s first-ever web series “Dhindora” revealed its much anticipated last episode today. Bhuvan has truly kept his audiences glued throughout the series and the finale episode is no less of a humorous roller coaster. As the viewers await seeking answers to several questions, they are sure to be surprised with a few more twists! Will Bhuvan be able to stop Tara from going abroad? What is the secret behind Babloo Ji’s lost lottery ticket?

The 8-episodic series created by Bhuvan is the first-ever show released by an independent creator – essentially a ‘creator-led show. Taking giant leaps in the realm of digital entertainment, Bhuvan Bam and Rohit Raj, are paving a sensational trailblazing path with their production house – BB Ki Vines Productions. It’s recently launched a YouTube channel that has surpassed a whopping 440k subscribers.

Dhindora’s premiere episode was welcomed by fans with open arms on October 14th, 2021. Amidst gaining traction from the audiences across the globe, the successful release of the show had Telugu cinema stalwart Jr. NTR and Superstar Ram Charan congratulating Bhuvan. Celebrated actors Gajraj Rao, Arjun Kapoor, and Varun Dhawan also shared the poster of “Dhindora” on their social media platforms.