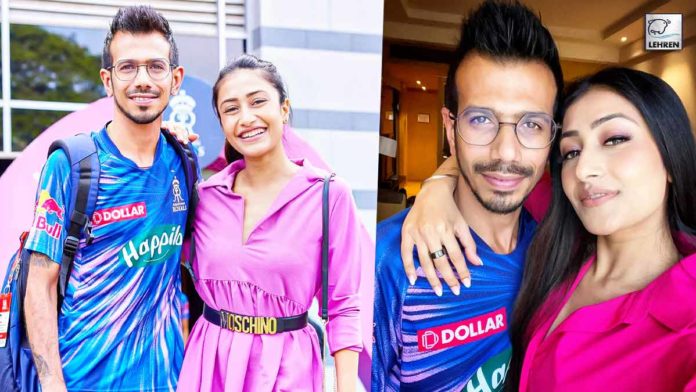 Dhanashree Verma dismisses rumors about separation from Yuzvendra Chahal. She writes, “A humble request to you all to not believe in any sort of rumors"

From sharing the ‘Teacher-Student’ relationship to entering the most beautiful relationship of marriage together, Dhanashree Verma and Yuzvendra Chahal are indeed one of the most loved pairs on the internet. However, the two were recently rumored to have decided to separate ways, meanwhile, on Friday Dhanashree denied the rumors with a long note on her Instagram. Here’s what she said-

Dhanashree Verma Says This About Divorce Rumors With Yuzvendra Chahal

Youtuber-choreographer, Dhanashree Verma recently issued an official statement on her social media addressing the rumors about her divorce with cricketer Yuzvendra Chahal. She took to Instagram Stories and wrote, “A humble request to you all to not believe in any sort of rumors pertaining to our relationship. Kindly, put an end to it. Love and light to everyone.”

The rumors about the divorce of the duo ignited after Dhanashree changed her last name on Instagram, soon after which fans started pouring their reactions and spreading rumors about the duo’s separation. While a segment of netizens were seen trolling Dhanashree for changing her name.

A Twitter user wrote, “No one knew Dhanashree before and she got married to Chahal, she was Chahal’s wife to everyone and she is famous now she got what she needed. So suck it up.”, another wrote, “That’s why a celebrity should married to other celebrity not a common people because common people are hungry of attention.” Take a look at the viral memes on the couple’s separation rumors-

Indian cricketer Yuzvendra Chahal tied the knot with the YouTuber Dhanashree Verma on December 22, 2020. The leg spinner shared a special “wedding” reel with the fans on social media. The couple announced their engagement on August 8.

Talking about how they both met each other, Dhanashree told Hindustan Times, “It started off as a student-teacher relationship in April. He had seen my dance videos on YouTube and knew about my work. During the lockdown, Yuzi decided to learn a few new things, including dance. So, he got in touch with me and we started our classes. Slowly we became friends and sort of felt a connect.”