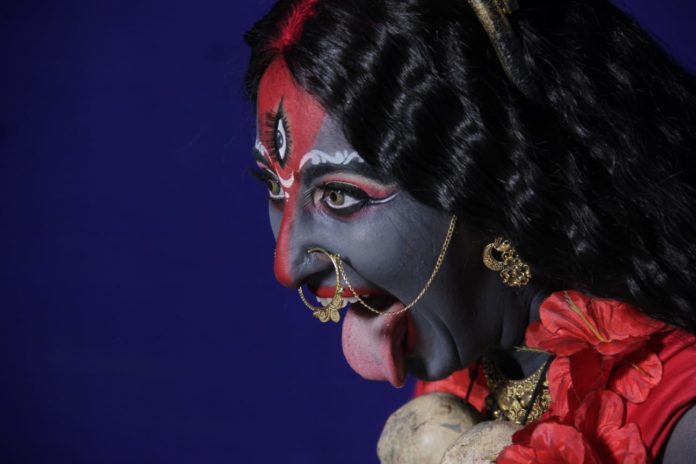 The upcoming track of &TV’s "Baal Shiv" will showcase Devi Parvati, played by Shivya Pathania, who will transform into the fierce and strong 'Maa Kaali'.

The upcoming track of &TV’s “Baal Shiv” will showcase yet another significant highpoint, focusing on Devi Parvati, played by Shivya Pathania, who will transform into the fierce and strong Maa Kaali. In the track, Andhak (Krrip Kapur Suri) attacks Kailash in the absence of Mahadev (Siddharth Arora). Concerned about protecting Kailash, Parvati decides to sort matters with Andhak. He, in turn, puts forth a proposal of marrying Parvati, which infuriates her, and she warns him to not cross his limit. To put an end to him, she assumes the form of Maa Kaali. Angrily she chases Andhak and starts chopping the heads of the asur army, trying to stop her. She eventually reaches Andhak and cuts him into two parts, but he gains his shape using his evil powers. He tries to trap Kaali into his magical cage, but she breaks it. For the first time, on Indian television, the audience will see Mahakali roop with multiple heads and hands. After taking the form of Mahakaali, her third eye opens to kill the demons.

Feeling honoured and blessed to be able to portray Maa Kaali, Shivya Pathania shares, “Playing the role of Devi Parvati is a big opportunity and responsibility but when I was told that I would also be transforming into the roop of Maa Kali, I felt overwhelmed. I am a huge devotee of Maa Kaali for her fierce and strong personality. The entire look has come out aesthetically and visually appealing. And I am sure the viewers will surely find this track quite intriguing and engaging.”

Shivya further adds, “As a kid, my whole family used to watch a lot of mythological shows. Even then, my family members used to say that I would be the perfect choice to essay goddesses’ roles on screen. And now, as I get to portray not only Devi Parvati but also Maa Kaali in &TV’s Baal Shiv. I feel as if I have received the blessings of Maa Kaali herself.”

Talking about Devi Parvati’s transformation into Maa Kaali’s look, Shivya shares, “It is a hectic and long process and took me more than five hours to transform into the character of Maa Kali. However, you do not feel tired because of the energy that the character holds. I must give credit to the entire team that has worked hard to make this whole look possible.”

Speaking about her challenges to get into Goddess Kaali avatar, Shivya Pathania shares, “It was a huge responsibility to portray the role of Maa Kaali as it is one of the most interesting highpoints in the show. In real life, I am an extremely calm person which helps me to essay the role of Devi Parvati. However, Maa Kaali’s portrayal required me to showcase a lot of aggression and anger. There were various takes where I had to scream in anger. So much so that I eventually got a bad throat. But, in the end, it is all worth it because the entire track has been shot beautifully to capture the emotion and engage the viewers.”