Delnaaz Irani: It Is Assumed Entertainment Industry Is Bad World 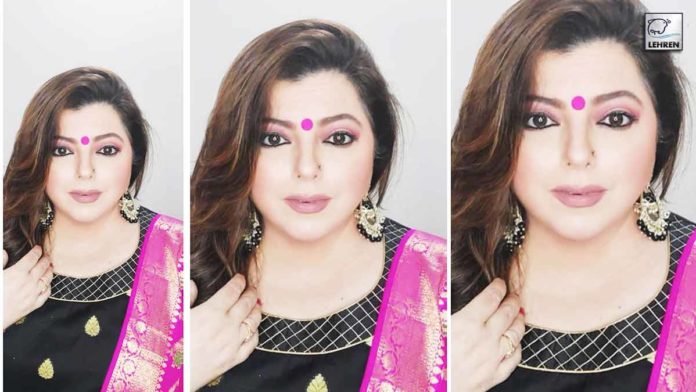 In her recent interview, the nuanced and versatile TV / Bollywood actor and star Delnaaz Irani says it is assumed entertainment industry is a big and bad world.

From TV to films and now even a Youtuber, this ace film / TV star has done it all in her career spanning two decades and now in a recent interview, Delnaaz Irani says it is assumed entertainment industry is bad world.

She is an ace and iconic TV actress who is best known for her comic roles and lately was also seen in the serial Chhoti Sarrdaarni in a negative character and as a cop in Hijack and in her latest interview chat off late, nuanced and iconic indian TV actor and star Delnaaz Irani says it is assumed entertainment industry is bad world.

This seasoned star who recently made her YouTube debut with her channel and is also coming with second season of her Youtube chat show, in this recent interview, Delnaaz Irani says it is assumed entertainment industry is bad world.

Delnaaz is greatly downhearted when the entertainment industry is looked down upon as a big bad world, which is being labeled as the hub of depression and anxiety issues and opening up on same, she says, “I think these issues are there everywhere you can find that in a normal person walking on the street probably working in a bank, a teacher or anybody could have depression or anxiety. We are more prone to getting targeted. We get targeted for everything it’s not only this because I think it’s assumed that the entertainment industry is a big bad world, everything happens here which is so sad”.

Delnaaz who is next going to be seen in WOW series titled Pari Hun Mein playing role of Ashnoor Kaur’s mom, thinks every profession has pros and cons and the only ill thing about the entertainment industry is it’s uncertainty and insecurity and shedding more emphasis on same, she says, “The only thing I feel is a point of a little stress is the insecurities because you are not in a 9 to 5 job, you don’t know when your next job is going to come to you and that’s the reason why you have stress. Everybody goes through stress, housewife could go through stress, you can get stressed by sitting at home. Stress-related things are not completely professional like I said we are targeted in a bad light always. But the only thing is the type of stress we have is very different from other normal people”.

Delnaaz says the fact also remains that people in the entertainment industry tend to pay more attention to their physicality and ignore mental health and stressing on importance of mental health, she says, “People here think when you are physically fit you are all fine, but people choose to ignore or maybe it’s a stigma if you talk about mental health. People go to the gym, take care of their bodies, want to look good, want to be healthy but do you really know whether you are healthy from within or not? And if you are mentally happy, sane, and fit only then will all the physical activities react on your body smoothly otherwise not”.

She further asserts there is a need to analyze and ascertain if there is something bothering oneself and accordingly take necessary help. Delnaaz says the key to good mental balance is to stay happy, positive and a strong support system of family and friends, too helps. Personally, to brighten up her mood, Delnaaz says she either eats something or reads a book that she likes or Listens to spiritual songs and avoids overthinking about low days and sharing more about it, she responds, “When I feel low I leave the day as a low day and I don’t try to make it a happy day. On a low day, I will probably listen to sad songs and I will let it go and let it pass. There are times when I play a lot of spiritual songs and I just get back my energy, besides I also read a book”.

She further said meditation does help in dealing with mental health.Being the positive person that Delnaaz is, she says she looks at everything in a positive way and that’s how she has lived her life and finally concluding the interview, she added, “I’ve always felt ‘whatever happens is for good’ and I’ve always gone ahead with my life keeping this in mind that I have to be happy and I have to be secure, I have to have good physical and mental health and I will do anything to overcome a problem and that’s how I’ve led my life”.