Dance Deewane: Gunjan And Jamna Set The Stage On Fire With Their Favorite Choreographers! 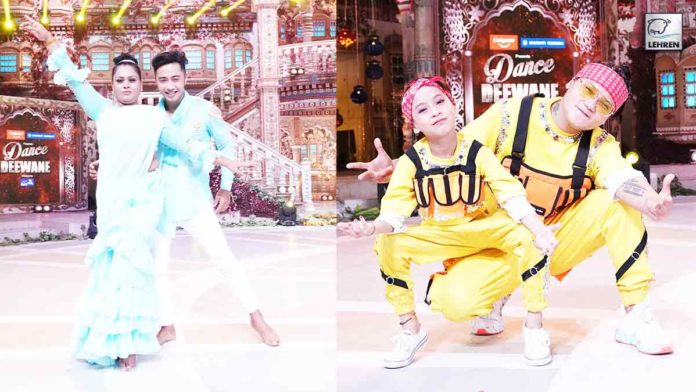 Contestants of Dance Deewane 3 are raising the bar of dance with each passing episode. The deserving contestants have continued presenting breath-taking acts.

Contestants of COLORS’ Dance Deewane are raising the bar of dance with each passing episode. The deserving contestants have continued presenting breath-taking acts. But this time, the competition will get even more exciting as the contestants with match steps with their choreographers.

First one amongst them was the third-generation contestant Jamna who danced with choreographer Deepak Singh to the song ‘Saree ke fall sa’. Deepak loved Jamna’s act so much that he gifted her a saree similar to the one Madhuri Dixit wore in the iconic song Didi Tera Devar. Judge Tushar Kalia, who has worked with Deepak closely, came on stage, hugged him, and spoke about their relationship.

Gunjan Sinha, the first-generation contestant continued her supremacy as she danced with choreographer Ruel Varindani. He revealed that when he showed Gunjan’s previous performance on ‘Mirchi’ to the rapper Divine who has sung the song, he was so impressed  that he told Ruel he would have cast Gunjan in the song if he had seen the clip earlier!

Firepower, Gunjan’s performance was so pitch-perfect that all the leading choreographers gathered and bowed to her unmatchable dancing skills. The tiny contestant also made a wish if she could dance with Sushant who was more than happy to oblige!