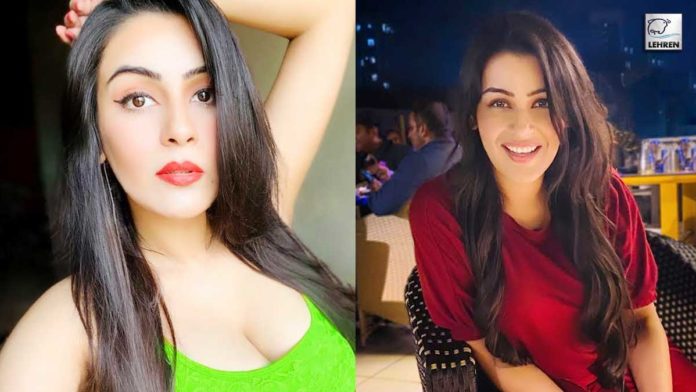 We all cherish our beautiful childhood memories. That’s the time when we fall in love for the first time, think about the career we want to pursue, and dream about doing well in life, says Yamini Malhotra. Ghum Hai Kisikey Pyaar Mein actor shares that she too did the same and was quite shy as a kid.

“I was mommy’s well-mannered and obedient girl… While growing up I wanted to be a teacher. I used to play the teacher-teacher game with my grandma. I used to be her strict teacher and she used to be my student Pinky,” she laughs. Acting happened much later in Yamini’s life.

The actor says that her parents have always been super supportive of her choices. “Dad always said that he didn’t want me to score 90 percent and be a bookworm. He wanted me to develop my overall personality. He said it’s ok to score average marks, but you must play sports and participate in co-curricular activities. I used to play a lot, both outdoor and indoor games. I enjoyed swimming, basketball, volleyball, puzzles, and quiz games. I was an active participant of most of the dramas and plays that happened in the school,” she adds.
Revealing an embarrassing childhood experience, Yamini says, “We used to travel by the school bus. On our way back home, we kids used to race to see who would get down from the bus first. One day I quickly rushed to the door of the bus and jumped the moment the bus stopped. I had a triumphant smile in front of my fellow mates that I came first. The bus left and mom was there to receive me. She asked me “Bag kahan hai”? And that is when I realized I forgot my school bag on the bus and jumped empty-handed. My mom sent my neighbor’s son to follow the bus and get hold of the bag. For the next few days, all the kids in the bus used to tease me ‘ki bag le k utarna’.”

As a student, Yamini was the favourite of her language teachers. “My English, Sanskrit, and Hindi teachers liked me. I was good in Science, History, and Geography. But I was horrible at Maths. I used to hate Maths actually,” she adds.
Ask her about the time she decided to pursue acting as a profession and she says, “Career choices kept changing as I grew up. Until the 10th, I wanted to be a teacher. Post that mom wanted me to study Medicine and become a doctor. So I did my BDS- bachelors of dental surgery and became a dentist. I started working in a clinic, but I wanted to study more. So I took admission to a UK university for an MBM course. But destiny had some other plans. My mom suffered a heart attack and I had to quit college and come back to India. So I chose to do LLB.  Then suddenly acting happened. I was chosen for LG mobile ad in Delhi, and from there I found a new career option of getting into commercial modeling and acting. Where after I did few more ads like Club Mahindra, Haier washing machine, and few Punjabi songs staying in Delhi. Upon landing in Mumbai, I grabbed my first Punjabi film and became the face on the Goodnight mosquito repellent packets.
I now have a white coat, a black coat and I am living a colorful filmy life as well. I’m loving every bit of this journey.”