Confirmed! Not Suvansh Dhar But This Actor Will Replace Paras Kalnawat In Anupama 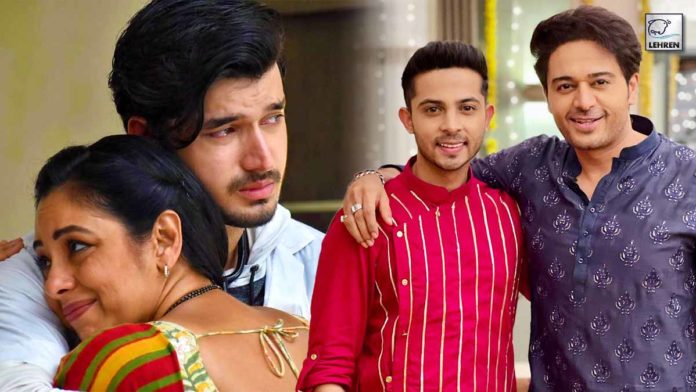 Sagar Parekh confirms his entry in Anupama and says, "I am feeling a lot of pressure and a bit nervous too because Paras who is a friend in real life, has played it so well."

Anupama: Television actor Paras Kalnawat also known as Samar has bid farewell to the star plus show ‘Anupama’ as recently the actor was shown the doors by the makers due to breach of the contract. Meanwhile, after Paras’s exit from the show, actor and model Suvansh Dhar was rumored to replace the actor however as per the latest reports it is now confirmed that actor Sagar Parekh will play Samar’s role in the show Anupama.

Paras Kalnawat who is known for his role in the television drama Anupama has now bid adieu to the show after the actors’ contract got terminated by the makers of the show. The news made the fans extremely upset and many are now curious about who will essay the role of Samar in the drama. Well as per the recent reports, it is said that actor Sagar Parekh will now replace Paras Kalnwat in the show Anupama.

In a recent interaction with TOI Sagar revealed his entry in the show, he said, “Anupamaa is a popular show and Samar’s character is important because he is the only dutiful son and support system of Anupama in the show. I am feeling a lot of pressure and a bit nervous too because Paras who is a friend in real life, has played it so well. Entering an existing show is always a task. Also, I am new to the entire team. But I am excited and looking forward to breaking the ice with my co-actors.”

“I have shot with Rupali madam and she has helped me a lot on the set. I did not get time to watch the show earlier, but now I have watched Samar’s role closely. My family watches the show, so they also keep telling me about the character and how he has many shades to play. Of course, I don’t have to do the same thing and I will bring my own abilities and talent to the role.” he added.

Sagar recently took to his Instagram to share a picture from the set of the show Anupama with actor Gaurav Khanna. He captioned the pic and wrote, “All smiles..! From the sets of #anupamaa with @gauravkhannaofficial ….loved his vibe.”

The popular television show Anupama has remained one of the top favorite shows of the audiences, each and every character of the show has been appreciated by the viewers. However, Paras Kalnawat who plays ‘Samar’ in the show has now been ousted from the show soon after the makers terminated the actors’ contract since the actor has signed up for the reality show ‘Jhalak Dikh La Jaa’ season 10 with their rival channel ‘Colors’ without updating the makers about the development. Therefore the makers ousted the actor owing to the breach of contract.