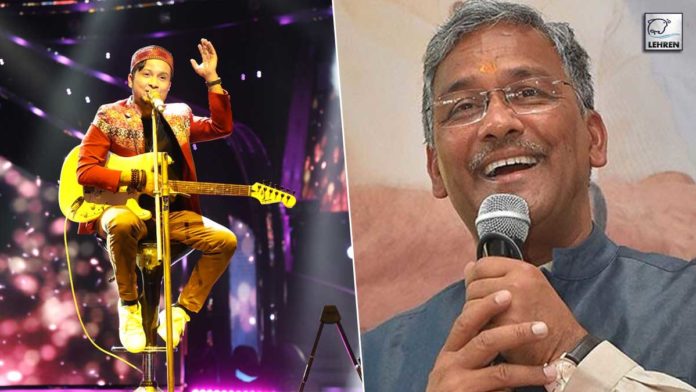 Indian Idol has etched a special place in the hearts of music lovers across the country since really long. Be it politicians, Bollywood actors or sports personalities, everyone has been a huge fan of the show. Recently, A prominent personality wished good luck for Pawandeep Rajan, who is one of the contestants at Indian Idol 12.

None other than the Chief Minister of Uttarakhand has virtually congratulated Pawandeep Rajan and said, “I wish you all the best for your great performances. You made us proud from your singing and I urged people to vote for you.” And he signed off.

Pawandeep replied back saying, “I am honoured to have received such a compliment from Trivendra sir, and also grateful for my hometown i.e. Uttarakhand, for showering their blessing upon me and keeping me in their prayers.”

Later, for his performance on the songs Sanson Ki Jarurat and Tumse Milna, Batein Karna he was  lauded by the Judges and the Guest Kumar Sanu and Alka Yagnik.

Moreover, Kumar Sanu who was highly impressed said, “Your voice has a great quality.. you sang this song brilliantly… I felt that Uditji was singing this song…you brought the feel of Uditji in his songs”.