What’s Happening This Week On &TV? Check Out 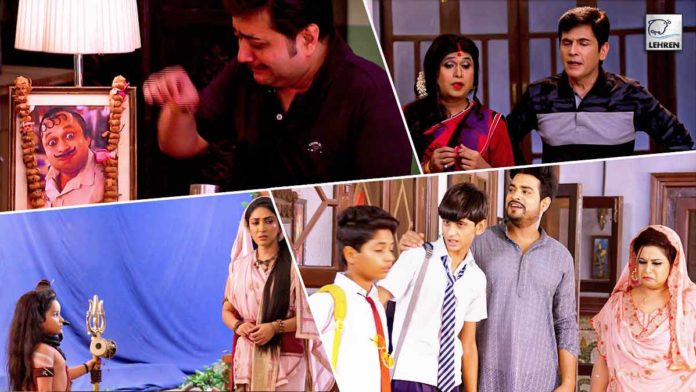 The characters will get into trouble this week on &TV shows, providing viewers with an extra dose of drama.

About &TV’s “Aur Bhai Kya Chal Raha Hai”?, Sakina Mirza shares, “Shanti (Farhana
Fatema) and Sakina (Akansha Sharma) are shocked when they find the model magazine in Adi (Akshay Lamba) and Inam’s (Divyansh Mishra) bags. Both children refuse to accept it, but when their mothers threaten them to ask their teachers, they immediately apologise and accept their mistakes. Later, Bauji drags Adi and Inam from outside the girls’ school, shocking everyone and saying they are getting spoiled. It makes Shanti and Sakina concerned and ask their respective husbands to handle them. Later, Bittu (Annu Awasthi) advises Mirza (Pawan Singh) and Mishra (Ambrish Bobby) that Inam and Adi are in their teens. Good fathers can help the growing kids survive their teen years. Else, they might go off track. Will Mirza and Mishra follow Bittu’s advice to help their children?”.

About &TV’s “Happu Ki Ultan Paltan”, Daroga Happu Singh shares, ” Happu (Yogesh Tripathi) approaches Baba to inquire about his promotion, but Baba informs him that if more than ten people like him, he will perish in a week. Baba instructs him to instill hatred for him in the minds of people who love him. Happu tells Benni (Vishwanath Chatterjee) everything, and he gets saddened imagining Happu’s death photo frame everywhere. Meanwhile, everyone lavishes praise on Happu, which irritates and concerns him. Happu becomes anxious and hatches a plan with Beni to fool God Yamraj. What is Happu’s plan, and how will he save his life?”.

About &TV’s “Bhabiji Ghar Par Hai”, Anita Bhabi shares, “Anita (Vidisha Srivastava) is shocked as she reads Kalavati Sharma’s magazine, which claims that married men are more interested in their maids. Meanwhile, Vibhuti (Aasif Sheikh) suggests that Angoori (Shubhangi Atre) hire a maid, to which Angoori responds that she enjoys cooking and does not like food prepared by the maid. Later, a gangster breaks free from prison and seeks vengeance on Happu (Yogesh Tripathi). The Commissioner advises Happu to hide for a few days. Happu seeks assistance from Anita and Angoori, taking advantage of his circumstances. Anita lets Happu in under the disguise of her maid, “Malta.” Malta is made to flirt with all the men at a party, putting their character to the test. Meanwhile, Chachi Ji (Anup Upadhyay) is smitten by Malta. Will Vibhuti and Tiwari (Rohitashv Gour) succeed in passing Anita’s test?”.

ALSO READ – Actress Donal Bisht Looks Like A Dream At IIFA 2022, Check Out