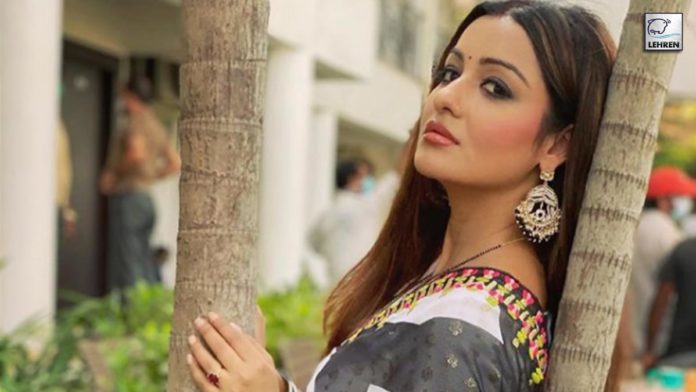 Anything can happen while shooting a film, television show be it minor accidents, clumsy incidents, forgetting lines, etc. At times, shooting a serious sequence can turn into an amusing event. Such funny incidents take place on sets while shooting and become memorable in their own way. Recently, actress Chhavi Pandey, who is currently seen in Dangal TV’s Prem Bandhan, shares one such incident that took place on sets. She adds that the incident was the funniest one that took place since they started shooting the show.

Talking about how the incident took place, Chhavi says, “I remember there was a scene where I had to spill oil on the floor and Utkarsha Naik who plays my on-screen mother-in-law was supposed to trip and fall. But when we were rehearsing for this scene, Monika Khanna who plays Vandana on the show falls down and Manit Joura, my on-screen husband, goes running behind her and he too falls down. The scene was so funny that the entire unit and all the actors burst laughing and seem like they had gone mad. It was just hilarious. The best part is that this was just the rehearsal, not even the actual shoot but all this got recorded. I believe this incident was the funniest incident that happened on the shoot.”

These are some unexpected moments that the actors will cherish all their lives.

Prem Bandhan is a story about an independent girl who has the responsibility of her family on her shoulders and how she meets a cross road and ends up marrying a businessman with a mysterious past.

Everything Fans Should Know About Netflix’s The Crown Season 5

Everything We Know About Disney’s Black Panther: Wakanda Forever