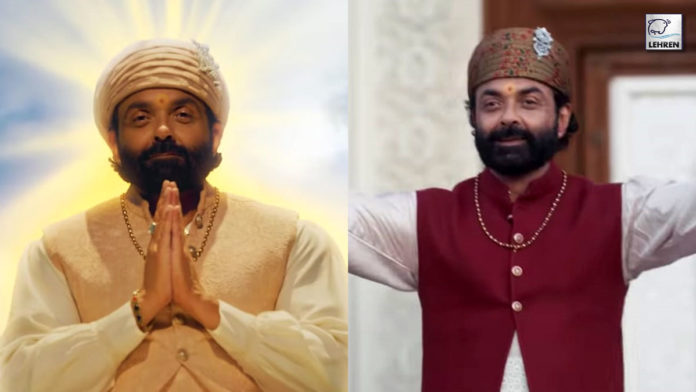 The trailer of "Aashram 3" created a wave on the digital platform, with netizens raving about Bobby Deol’s return in the avatar that truly proved to be game-changing for the actor.

The ever-growing metro and new rural India demographics on the internet and an edge-of-the-seat narrative fuelled the unprecedented success of the OTT series “Aashram”.

After two superhit seasons, the crime drama is back with its third season, and with that Bobby Deol marks his return as Baba Nirala, drunk on power and intense as ever in “Aashram 3”. This time around Bobby as Nirala hopes to spread his empire overseas with Esha Gupta being the latest addition to the show and audiences will also witness the dynamics the two share onscreen in this exciting new season.

The trailer of “Aashram 3” created a wave on the digital platform, with netizens raving about Bobby Deol’s return in the avatar that truly proved to be game-changing for the actor.

Ever since the release of the “Aashram 3” trailer, there has been an exciting conversation on social media, with fans talking about the new shades of the characters this season and the way Bobby has aced the megalomaniac character yet again.

Bigger and badder than ever, with twists and turns at every corner, powerful enemies who want to take down Baba Nirala and expose the truth, and gripping performances; “Aashram 3” is something you don’t want to miss!