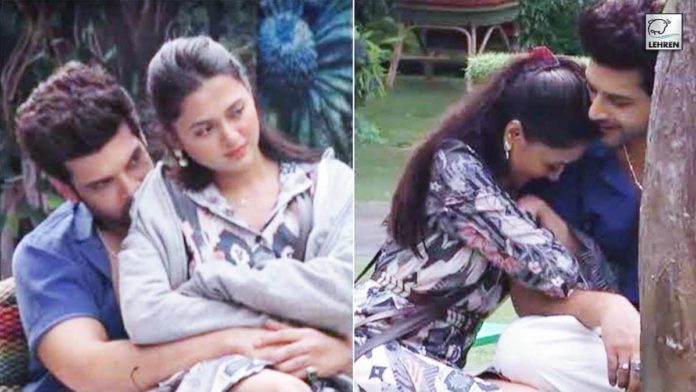 The show, which is already in trouble owing to its low TRP is now facing some backlash from viewers as they call TejRan’s love angle ‘scripted’.

Nothing is seeming to go well with this season of “Bigg Boss”. From TRP that keeps hitting new lows every week to contestants failing to provide the content that essentially the show is known for providing. After trying all the tricks in the book, the show still somehow is lacking to keep up with other shows in terms of TRP and has just become a cash cow at its best, thanks to its previous successful seasons.

What upset the viewers latest is the #TejRan equation, their constant fights and patch up thy viewers can’t seem to digest. What baffles viewers is how their relationship is coming across as fake or scripted lately. In one of the recent episodes, Karan confessed how he never loved Tejaswi in the first place and all that he ever did was in fact for the cameras. Tejasswi further went ahead to even call him ‘Bhagoda’ in front of Rakhi Sawant and Devoleena. The two shared banter and squirrel for the rest of the rest, throughout the task. Cut tonight, the two were seen lying next to each other while Karan asks Tejasswi if she hated him. He further promises to iron her clothes for the rest of the week if that’s what makes her happy and that he can’t see her upset. While fans found this behavior absurd and were quick to call their relationship fake.

“TEJRAN IS THE REASON FOR LOW TRP UMAR RIAZ DESERVES MORE SCREEN TIME SINCE DAY ONE HES BEEN SIDELINED MAKERS ARE IGNORING THE FACT THAT PEOPLE LOVE TO WATCH UMAR” commented a user talking about the recent episode.

Some even think it’s their unnecessary drama that is causing the show to perform terribly.

To add salt to injury, the recent promo of the show yet again shows a tiff between the two, despite the backlash. It’s high time now that the makers of the show take public opinions into account to prevent the show from degrading further.