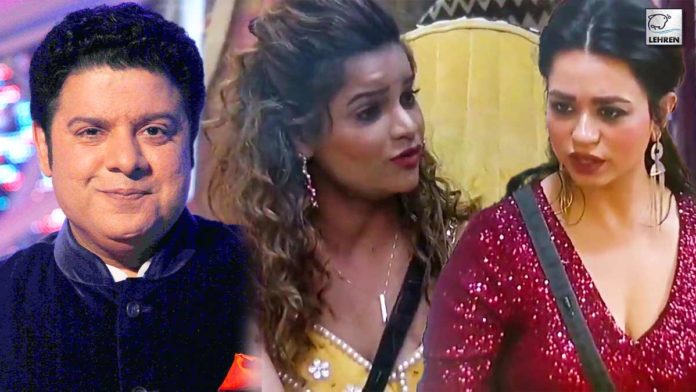 A clip of Soundarya Sharma and Archana Gautam from the Bigg Boss 16 house is now going viral. Many netizens claimed that the two were mocking Sajid Khan for his MeToo case.

Bigg Boss 16: Bollywood filmmaker Sajid Khan who currently resides in the Bigg Boss 16 house gathered a lot of attention after many celebs and women from the film industry came out and accused him during the Mee Too movement. Following the same, a video is now making rounds on the internet in which Bigg boss 16 contestants Archana Gautam and Soundarya Sharma were seen mocking Sajid Khan over his MeToo allegations.

A video from the Bigg Boss 16 house is now going viral in which both Soundarya and Archana were seen enacting a scene in which Archana became an employer while Soundarya plays the part of a girl searching for employment. Soundarya approaches Archana to give her a job, reacting to the same Archana offers to pay her double salary but in return, she hints at asking her for favors.

A segment of netizens have now claimed that both Archana and Soundarya have been eating as Sajid and the MeToo accused in their role plays. Many even challenged the makers to put that clip in the upcoming episode.

Another user tweeted, “these 2 women are fearless, i repeat FEARLESS!! Strong and FAADU i hope tum sab samajh paa rahe ho whom they are trolling !! #SajidKhan !! I saw this video on reddit !”

Sajid Khan earlier faced extreme backlash for appearing on the reality tv show Bigg Boss 16 many celebrities from the industry have opposed his participation in the show stating that a #MeToo accused shouldn’t be allowed to appear on a show with a huge viewership like Bigg Boss. For the unversed, Sajid Khan was earlier accused by many women of sexual misconduct, the news came to rise during the #MeToo movement, soon after which Sajid was served with a ban of 1 year by FWICE.