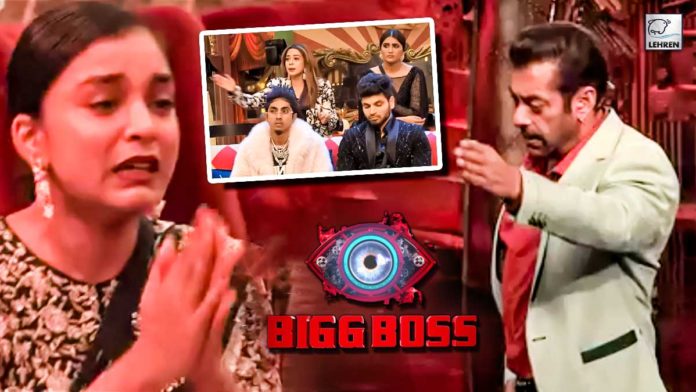 Host and actor Salman Khan will be seen schooling Sumbul over her "obsessed" behavior with Shalin Bhanot. Sumbul then stated that she wants to leave the show.

Bigg Boss 16 Weekend Ka Vaar: Salman Khan will finally be seen addressing Sumbul Touqeer’s increasing affection with Shalin. Salman will be seen confronting Sumbul about her feelings for Shalin. Salman will further claim that Sumbul is “obsessed” with Shalin reacting to the same Sumbul then asks Salman to let her leave the house. Here’s what happened next-

On Friday Colors Tv shared a promo from the upcoming Weekend Ka Vaar episode. In the promo, Salman was seen questioning Sumbul about his feelings for Shalin. Promo starts with Salman asking Sumbula bout how she got involved in Shalin’s fight with MC Stan. Salman then asks Tina if she also thinks that Sumbul is obsessed with Shalin. Tina agress with Salman.

Shalin on the other hand was also seen sharing his reaction to the claims. Shalin said,  “She (Sumbul) is 20 years younger to me…”. Reacting to the video many netizens claimed that Sumbul does have feelings for Shalin. A user commented, “Sahi kiya Salman ne sunaya..she is really obsessed with shalin ..and that chicken wala is enjoying”.

For the unversed, Sumbul was earlier confronted by Salman and her father about her closesness with Shalin. Apart from Salman, Sumbul’s father also came back at the show and told her to grow her distance from Tina and Shalin. However Sumbul didn’t follow any advice by her father and the actress has been slammed by Salman for the same.